Spinmaster is taking over the flight market with toys that perform. The newest Spinmaster flight series toy is from the Air Hogs Helix Elite Series and is the Helix X4 Stunt.

If you love toys that fly and that can do stunts, you have to check out the Helix X4 Stunt. The Helix X4 is a quadcopter that will perform for you. The Helix X4 performs and provides durability so that those crashes can be survived. It is well made, so much fun and easy to use once you get used to being the pilot of a quadcopter. 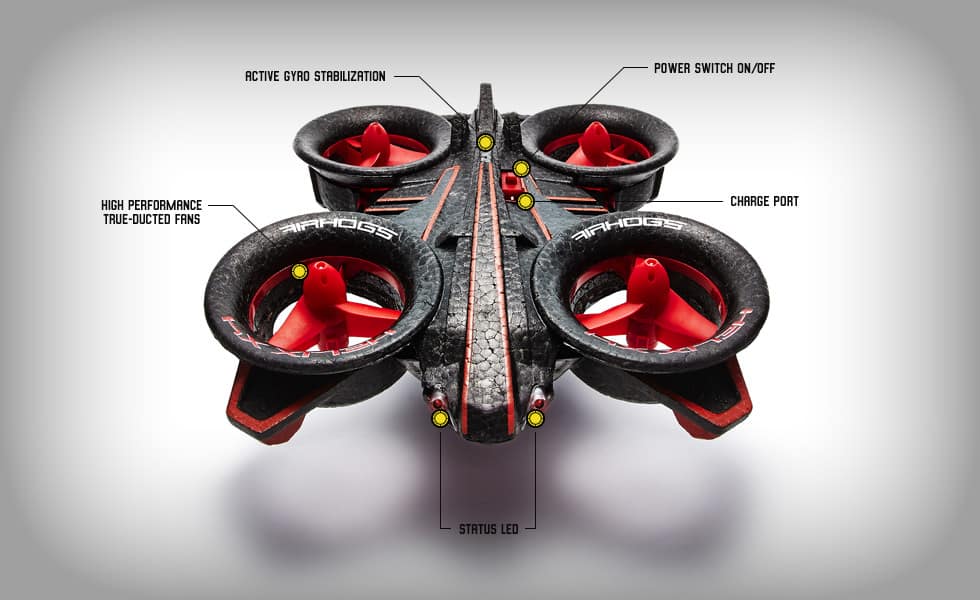 The Helix X4 Stunt is a high-performance RC stunt quad-copter! It is aggressively maneuverable and incredibly fast! Perform 3 incredible stunts with the push of a button as you flip, barrel roll and 180 flip. Its full 4-channel control enables the Helix X4 to easily out fly any obstacle and out stunt any other RC vehicle. Nothing moves like a Helix! Experience the future of flight with the agile Helix X4 Stunt!

I love this toy and it just goes without saying that any Little One would love it as well. The Helix X4 is a product that the entire family will be chomping at the bit for a turn to pilot.

The age ranking for the Helix X4 is 12 years and up. The reason for the age ranking is likely because you need to understand how to control the toy. I think it is okay to help younger ones use the Helix X4, but they will need your help for sure. There also might be a lot of crashing and banging in flight with the younger ones at the controls. Overall, the age ranking that Spinmaster provides of ages 12 and up is pretty accurate if you want smooth flying and great stunts.

TIP: Sharpen your skills in Novice mode before attempting to master the Helix X4 Stunt on Expert.

I love that the unit comes with the USD cable for charging. Quite often companies do not provide the USB cable, but I prefer when they do.

The Helix X4 is an awesome product and I cannot think of anything I would do to it differently. It is a hit and no doubt another hot toy this Christmas Season. The Helix X4 receives the MomMomOnTheGo seal of approval and makes it onto our 2013 Christmas Wish List.

You can find the Helix X4 at your local toy store, major department stores and online.