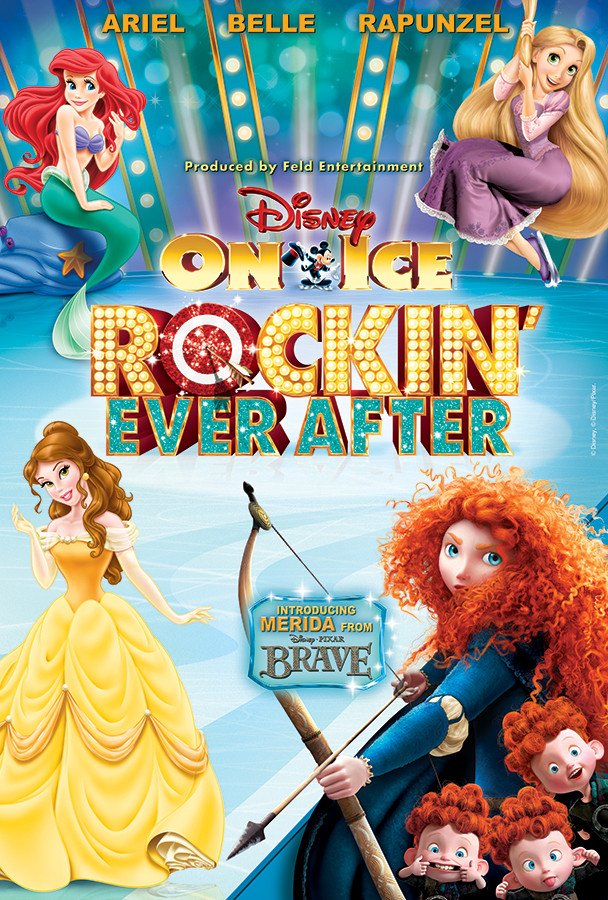 I am so excited to announce another Disney On Ice Rockin Ever After Giveaway.

TORONTO, ON — Get ready to rock out with some of the most magical idols of all in Disney On Ice presents Rockin’ Ever After, an all-new live production coming to Toronto this March Break. A cast of world-class skaters brings your favourite moments from Disney•Pixar’s BRAVE, Tangled, The Little Mermaid and Beauty and the Beast to life in a musical showcase that features the hottest tunes and talent from across the kingdom.

Jam to a Scottish jig as a group of royal contenders from the latest Disney•Pixar film, BRAVE, competes to win the heart of adventurous, sharp-shooting Merida, making her on-ice debut! Experience a show-stopping performance as Sebastian breaks out of his shell for one night only to make waves with Ariel. A chorus of harmless hooligans from Tangled unleashes musical mayhem when they get a visit from the sassy and spirited Rapunzel and her charming ally Flynn. And, get your feet moving as the Beast and his castle’s enchanted entourage take center stage in a spectacular show for Belle. It will be a rockin’ remix of royalty when Disney On Ice brings this superstar line-up to Toronto!

One lucky MomMomOnTheGo fan is going to be the winner of a family of 4 tickets to go see Disney on Ice Rockin Ever After in Toronto. The winner will choose between the following show dates and times: