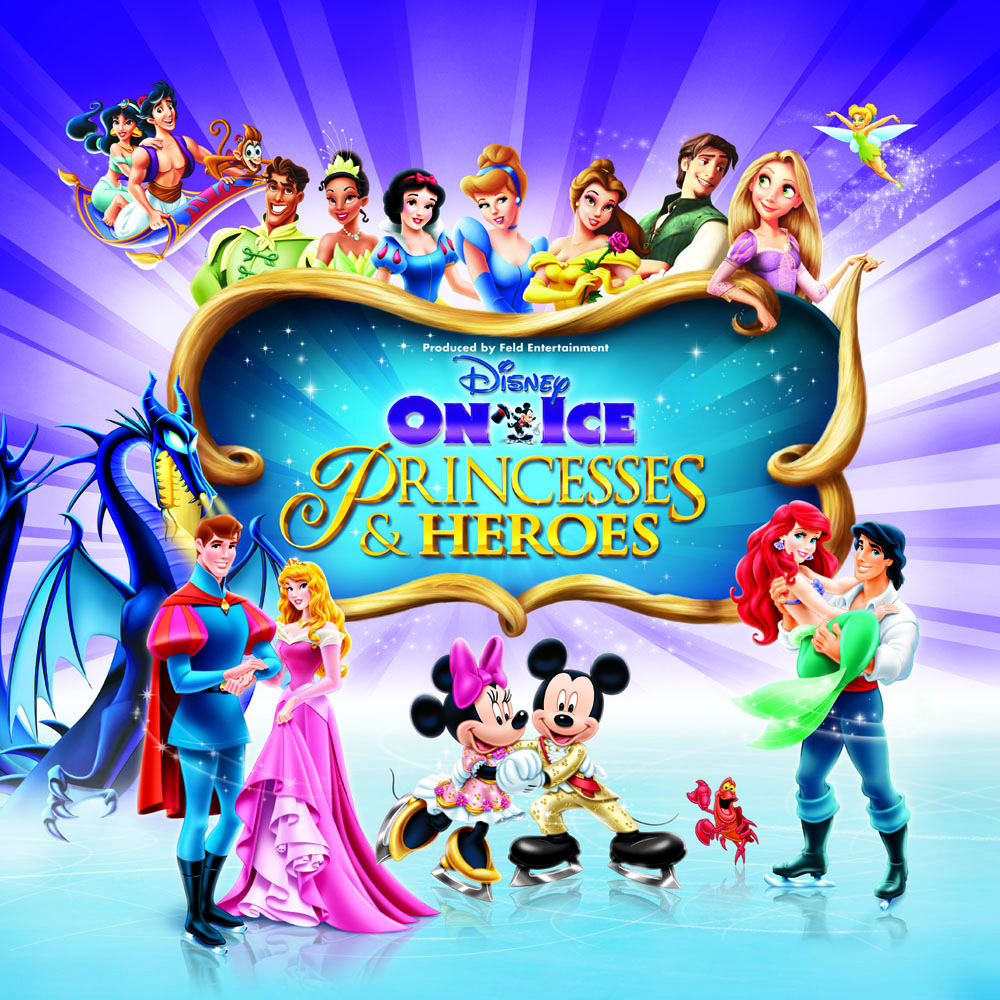 Please welcome MomMomOnTheGo Toronto Correspondent Fern, as she provides you her review of Disney On Ice Princesses and Heroes that is currently touring and in Toronto, Ontario.

So even on a rainy night that was supposed to turn into freezing rain, the Roger’s Centre was filled with girls dressed up as princesses.

As for Disney on Ice the set was breathtaking.

8 princess stories in all were told tonight, some very short and other quite well developed. It seems that some stories could have been left out including Tiana and Snow White since their numbers were quite short in my opinion.

Tonight it was Tinker Bell who started the show! I loved how they added her into the show this year, she magically changed the scenes of the show. Of course a Disney On Ice Show would not be complete without Mickey and Minnie Mouse! These two love birds came out to introduce us to this enchanted tale.

The opening sequence begins with Aladdin being chased by guards in a Persian marketplace where he encounters Jasmine.
When Aladdin and Princess Jasmine get together with a little help from the magic lamp’s Genie, Aladdin lifts her repeatedly onto his shoulder in a brisk dance of happiness. The Genie himself looked great and performed well keeping everyone entertained.

The Little Mermaid stole the show when the story shifted to going beneath the sea. This was achieved by streams of falling bubbles around the arena to represent the water. Girls were squealing in delight as those bubbles began to fall.

My favorite by far was the story of Beauty and the Beast. The dragon that entered the stage to fight Prince Phillip was phenomenal in both size and appearance. With glow in the dark features and his fire breathing at the end. 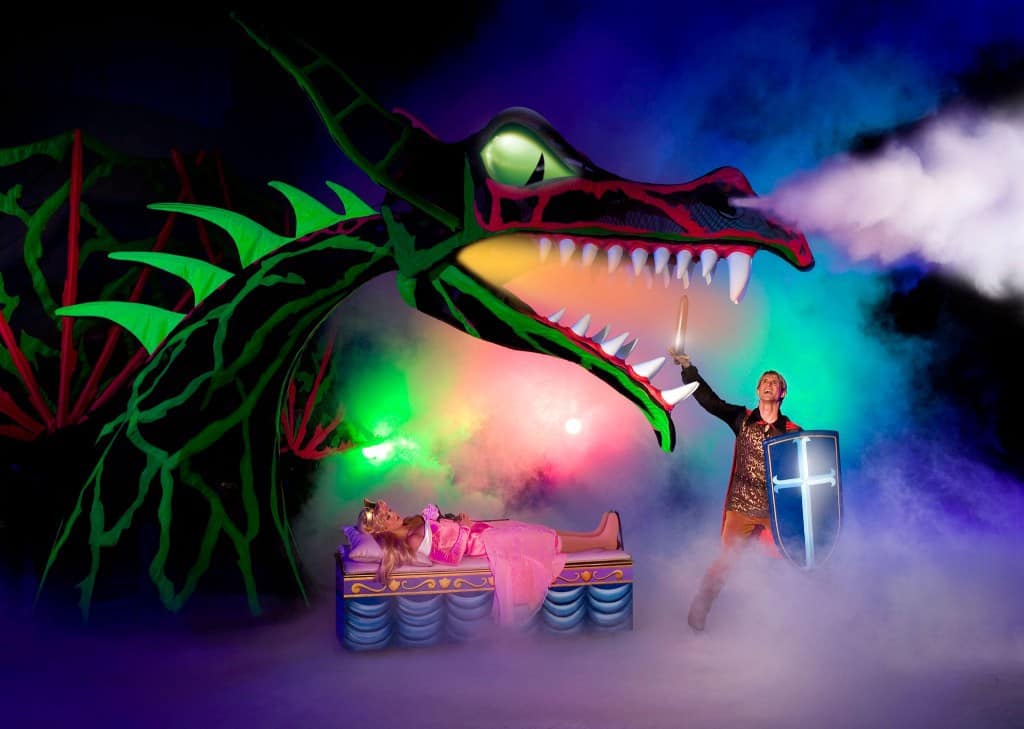 It was great at then end when all the Princesses returned in different outfits and how Cinderella’s carriage ended the show spouting fireworks. 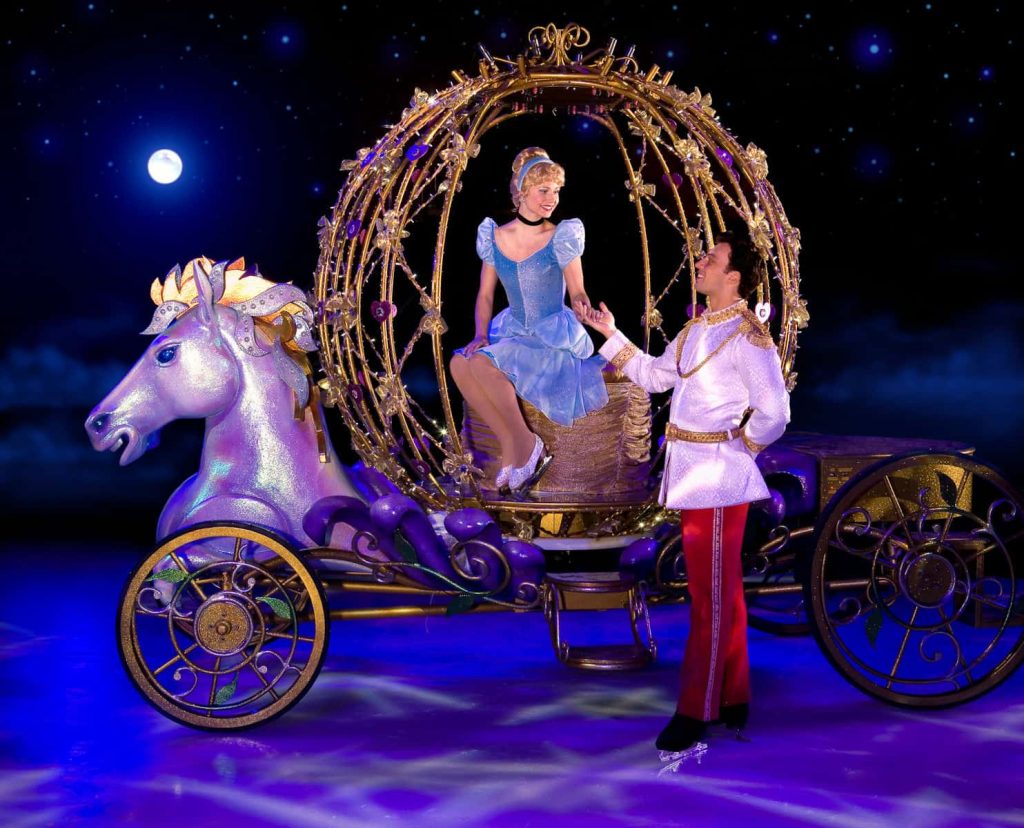 Despite the title of this show, it was really about Princesses and Princesses not hero’s. I’m not sure other then the dragon scene how much interest this particular show would be to boys, it was very much geared towards little Princesses and their wishes.

The acrobatic displays were great, with tons of ice dancing in this show. Needless to say we left the show with 2 very happy six year olds in tow.

Disclosure: MomMomOnTheGo’s Toronto Correspondent was provided tickets in order to conduct this review.