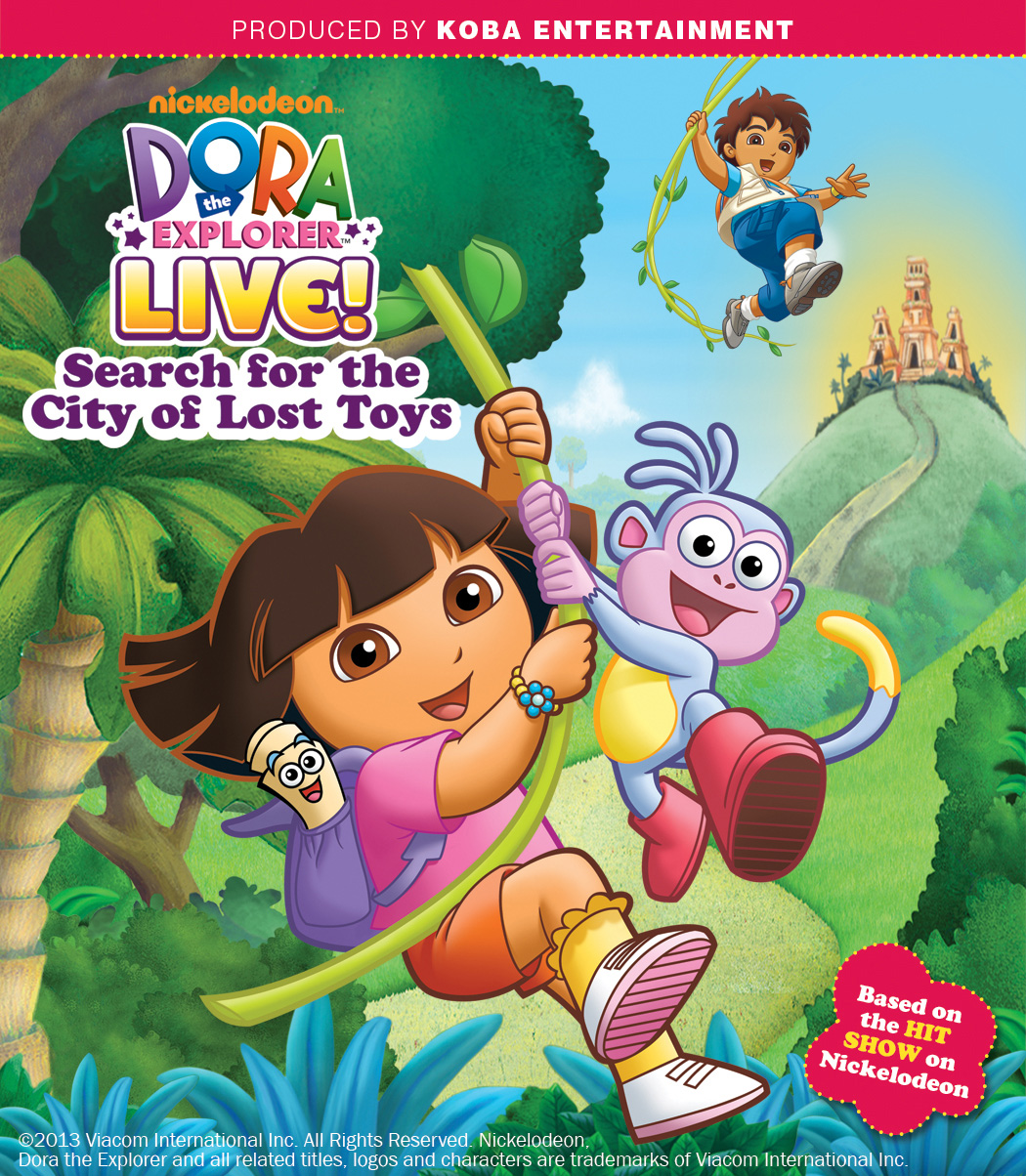 The prize:
Dora the Explorer small plush and coloring book.

Giveaway is open to residents of Canada who are over the age of 18 and where permitted by local laws to enter and win giveaways. Please read full terms and conditions found at the bottom of the Rafflecopter entry form.

About Dora the Explorer Live!

Nickelodeon’s Dora the Explorer Live! Search for the City of Lost Toys is a theatrical show produced by Koba Entertainment, the producers behind other memorable theatrical productions including The Backyardigans: Quest for the Extra Ordinary Aliens, Toopy and Binoo and the Marshmallow Moon and Max & Ruby in the Nutcracker Suite.