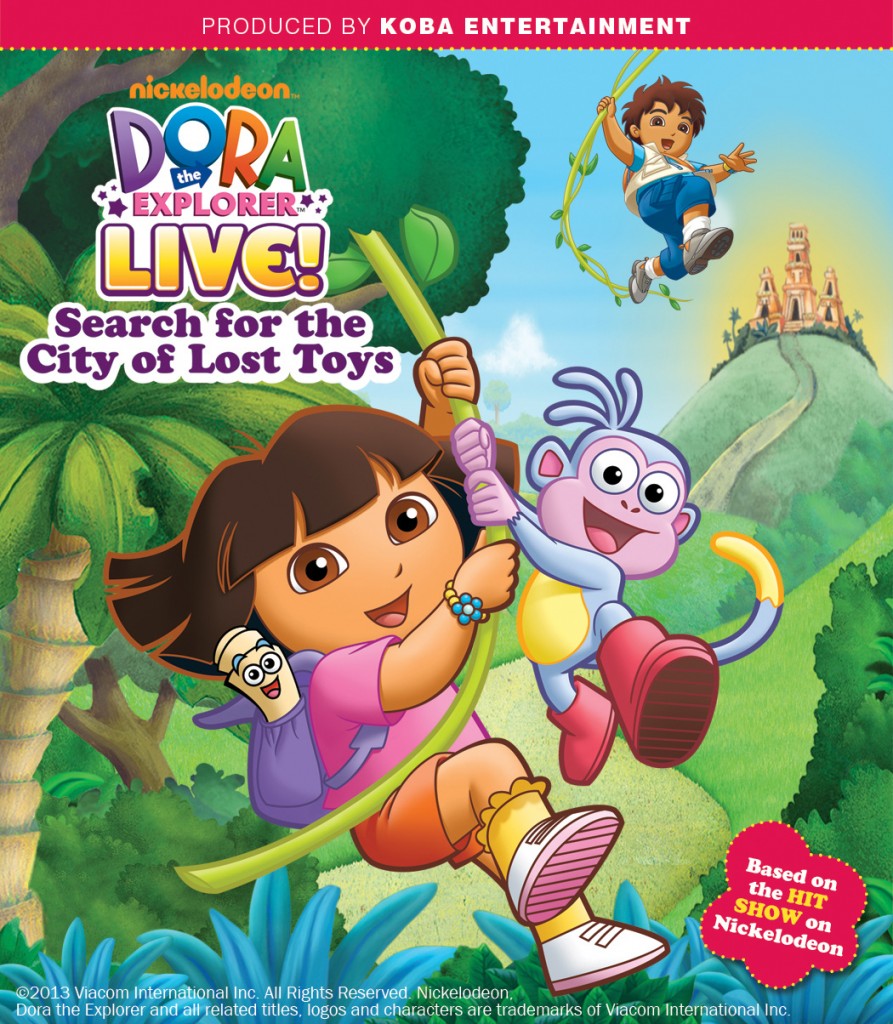 MomMomOnTheGo and crew recently went to see Dora the Explorer Live in Search for the City of Lost Toys. Our outing included two adults and two 6 year old girls. My Little One brought along one of her friends to enjoy the show.

Search for the City of Lost Toys was amazing. I could not believe how fast the show went by. It seemed like we were only watching for 10 minutes and it was intermission. The show was so engaging that it zoomed by.

The show was full of everything that you would expect in a Dora the Explorer performance. There was singing, crowd participation, all the familiar characters and more. The show was very entertaining and it had the two Little One’s with me completely glued to the stage from start to finish.

We saw Search for the City of List Toys in Surrey, BC Canada a the Bell Center for Performing Arts. There is not a bad seat in the house at the Bell Center. I really like the Bell Center as a venue because of the smaller theater and the fact that the seats are all great for viewing the stage.

The selection of memorabilia was awesome at Search for the City of Lost Toys. They were typically priced for a live children’s show.

I absolutely loved the surprise visit from Diego during the show. It was a great touch.

The show is approximately 60 minutes in length and there is a 20 minute intermission as well. Personally, I don’t think that the 20 minute intermission is required as far as the audience is concerned. Let’s face it, when Dora is in the building and your Little One is waiting to see them, it is pretty hard to entertain them yourself. Hard to compete with Dora the Explorer especially when the audience knows that Diego will be making an appearance after the intermission.

MomMomOnTheGo and her Little One had never seen Dora in a Live show before. We had seen Dora in a Live appearance at a local mall before, but never a Live show. Dora’s show was awesome and every one of us highly recommend the show. Dora the Explorer and the Search for the City of Lost Toys is the type of show that your Little One will want to see time and time again.

Nickelodeon and Koba Entertainment have a great track record of bringing quality shows to the stage for our Little Ones and they have done it again with Dora the Explorer Search for the City of Lost Toys.

Make sure to stay connected with Koba Entertainment on Facebook and Twitter for all the show announcements and presale show codes. 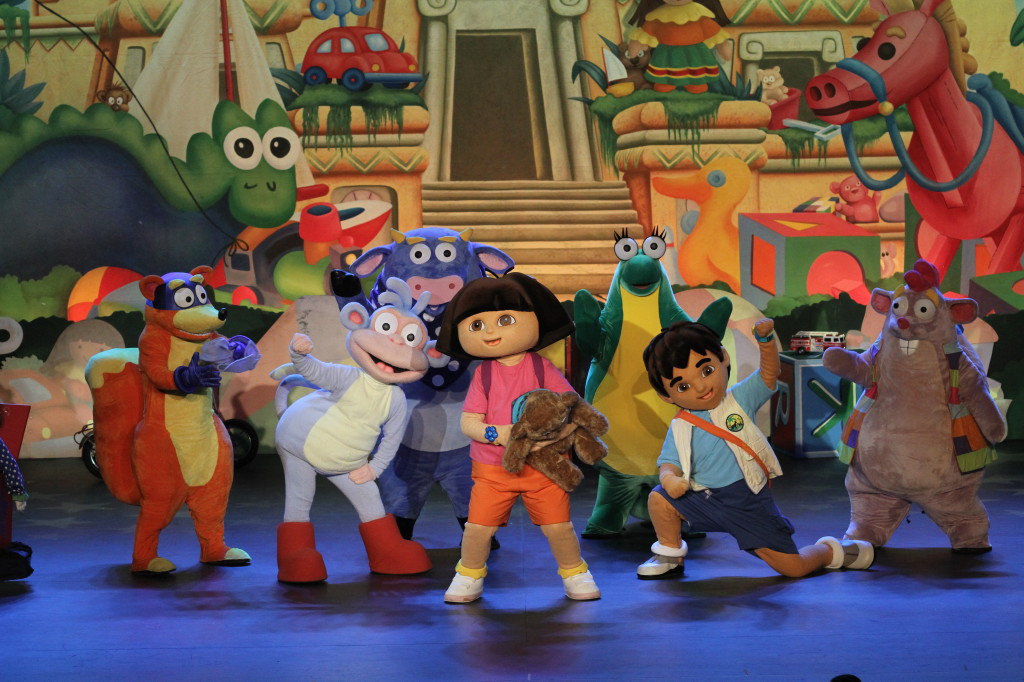 Disclosure: MomMomOnTheGo was provided tickets for the purpose if conducting this review. As always, MomMomOnTheGo only supports companies and products she loves. All opinions are those of MomMomOnTheGo.