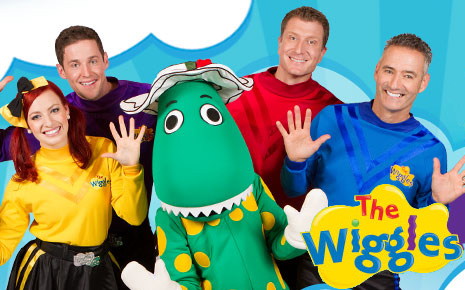 The Wiggles are a proud partner of St. Jude Children’s Research Hospital and want you to “hangout” with them online for a special Q and A session.

Submit your questions to The Wiggles HERE. 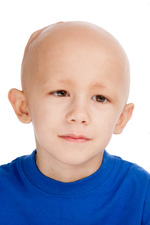 Diagnosis:
Kaden was found to suffer from medulloblastoma in August 2012.

Kaden loves spending time outdoors with his family. Last August, they celebrated his birthday at the lake. It was a day filled with fun and a lot of laughter. Kaden rode his new dirt bike and went waterskiing. Looking back, Kaden’s parents thought it was a perfect day.
But shortly after Kaden’s birthday celebration, he started to experience headaches and frequent vomiting. Kaden’s mom is a nurse. She kept close watch on him, looking to see if he developed problems with his balance or coordination, but he didn’t.
Several weeks passed and Kaden wasn’t getting better. His parents took him to the pediatrician, concerned that something serious was wrong with Kaden. A CT scan confirmed their fears. Kaden had a brain tumor identified as a medulloblastoma.

“We were so scared,” Kaden’s mom said. “We were so worried about Kaden.”
Kaden and his family were sent to St. Jude Children’s Research Hospital immediately. St. Jude is where doctors send their toughest cases because St. Jude has the world’s best survival rates for childhood cancers like leukemias and brain tumors.

Kaden underwent surgery, during which doctors removed the entire tumor. He then received six weeks of radiation therapy, followed by four rounds of high dose chemotherapy. Kaden also had physical and occupational therapies at St. Jude to help him regain his strength.

Kaden’s favorite things at the hospital are his radiation therapy nurses and the numerous playrooms. “They work so hard to make sure there’s stuff for the kids to do,” his mom said. “St. Jude really knows how to take care of their families. I love how family-oriented the hospital is.”

Kaden recently finished treatment and now visits St. Jude for regular checkups. He’s excited to be able to again spend time at the lake with his family. Kaden likes the campfires, making s’mores and riding his bike. But what he really loves is waterskiing, and he has no fear. “Next time we go waterskiing,” Kaden said with confidence, “I’m going to ski on just one ski.”