Tickets are available at: abbotsfordcentre.ca | Venue Box Office | all Ticketmaster Outlets | By phone 1-855-985-5000 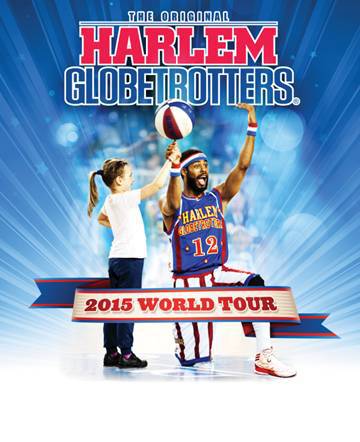 (Abbotsford, BC) – The world famous Harlem Globetrotters, featuring some of the greatest athletes and entertainers on the planet, will bring their unrivaled family show to the Abbotsford Centre on Friday, February 13 at 7:00 p.m., during the Harlem Globetrotters 2015 “Washington Generals’ Revenge” Tour.

In addition to the highly-anticipated matchup on the court, the Globetrotters, known worldwide as the Ambassadors of Goodwill™, will honour a Harlem Globetrotters Hometown Hero at each of their 310-plus games in North America. The team is searching for active, wounded or retired members of the military who have made their community proud with their brave service and exemplary character. Fans can nominate a Harlem Globetrotters Hometown Hero at harlemglobetrotters.com. The Globetrotters will also play a portion of each game with a camouflage basketball as a sign of respect to all who protect our freedom. 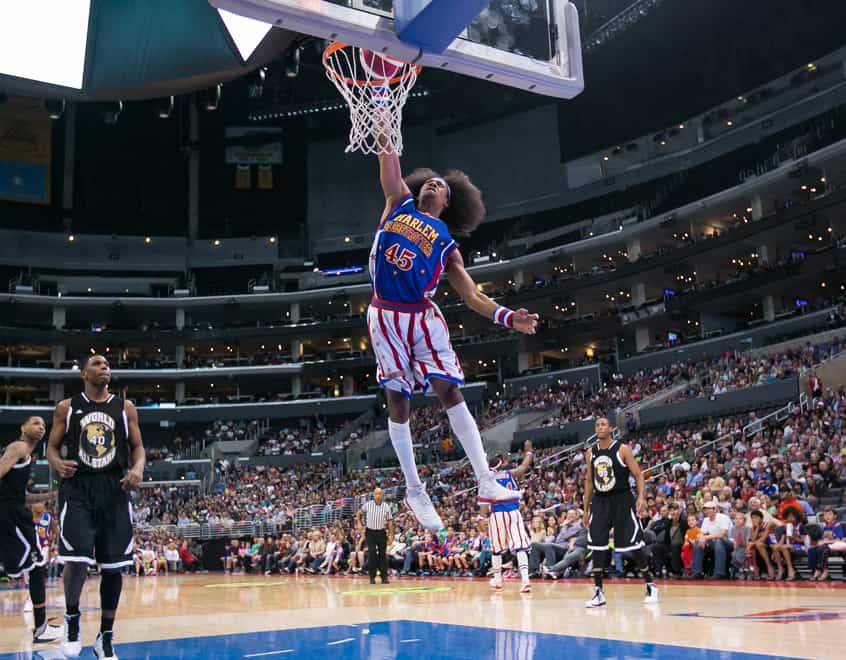 Tickets start at $18 and go on-sale to the general public on October 14 at 10:00am. Tickets can be purchased at
harlemglobetrotters.com, ticketmaster.ca the Abbotsford Centre box office, or by phone at 1-855-985-5000. Information on group and scout tickets can also be found at abbotsfordcentre.ca.

Sponsored by World Vision, Greyhound Lines and Baden Sports, The Harlem Globetrotters® are celebrating their 89th consecutive year, continuing a world famous tradition of ball handling wizardry, basketball artistry, and one-of-a-kind family entertainment that continues to thrill fans of all ages. Harlem Globetrotters International, Inc. is a wholly-owned subsidiary of Herschend Family Entertainment Corporation, the largest family-owned themed entertainment company in the U.S. Throughout their history, the Original Harlem Globetrotters have showcased their iconic talents in 122 countries and territories on six continents, often breaking down cultural and societal barriers while providing fans with their first-ever basketball experience. Proud inductees of the Naismith Memorial
Basketball Hall of Fame, the Globetrotters have entertained hundreds of millions of fans-among them popes, kings, queens, and presidents-over more than eight thrilling decades. For the latest news and information about the Harlem Globetrotters, and to purchase tickets and team merchandise, visit the Globetrotters’ official Web site: www.harlemglobetrotters.com.

I am excited to announce a giveaway for a family of 4 tickets to the Harlem Globetrotters 2015 World Tour show in Abbotsford, BC on February 13th, 2015 at 7 pm. This giveaway is open to residents of BC over the age of 18. Please note that transportation and other costs associated to attending the show are not included. Winner will be required to pick the tickets up at Will Call with valid, photo identification. Tickets are non-transferable. Please ensure that you read the full terms and conditions found at the bottom of the entry form.