MomMomOnTheGo and crew headed out last night to the Abbotsford Centre to see The Original Harlem Globetrotters 2015 World Tour.

The game is full of great entertainment from start to finish. Of course, the Washington Generals have to rely on cheating to even try to keep close to the amazing Harlem Globetrotters…..but I don’t want to spoil all the show for you so I will leave it at that. I will say that the cheating really gets that crowd involved and engaged in a lot of booing and jeering of the ref and the Washington Generals. Of course it is all in good fun though.

The Original Harlem Globetrotters know how to put on a world class, entertaining show.

My Little One was all decked out for the game in her Firefly jersey. It made her night when Firefly noticed her and waved to her pointing to her jersey. She was shy when he did it, but it was really all she could talk about afterwards. The amount of interaction that the Harlem Globetrotters have with their audience is very impressive and really shows how much they appreciate their fans.

My Little One fell in love with Firefly in the 2014 Fan Rules show, but when she really started to adore him is when she met him personally at the 2014 Harlem Globetrotters summer clinic. 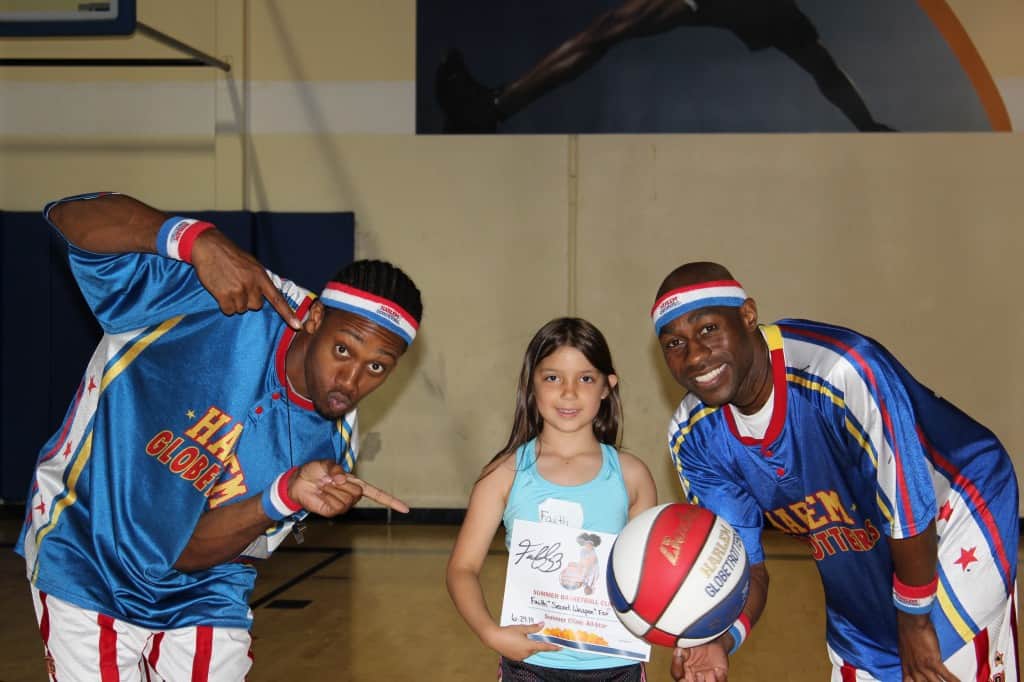 Back to the Harlem Globetrotter World Tour…..

We absolutely love that the Harlem Globetrotters have female players. My Little One is always fascinated by the female players. Last year she loved getting a chance to meet Sweet J and this year she loved watching TNT demonstrate her amazing basketball skills on the court. Here is my Little One with her huge smile between two Harlem Globetrotters, one of which is Sweet J. 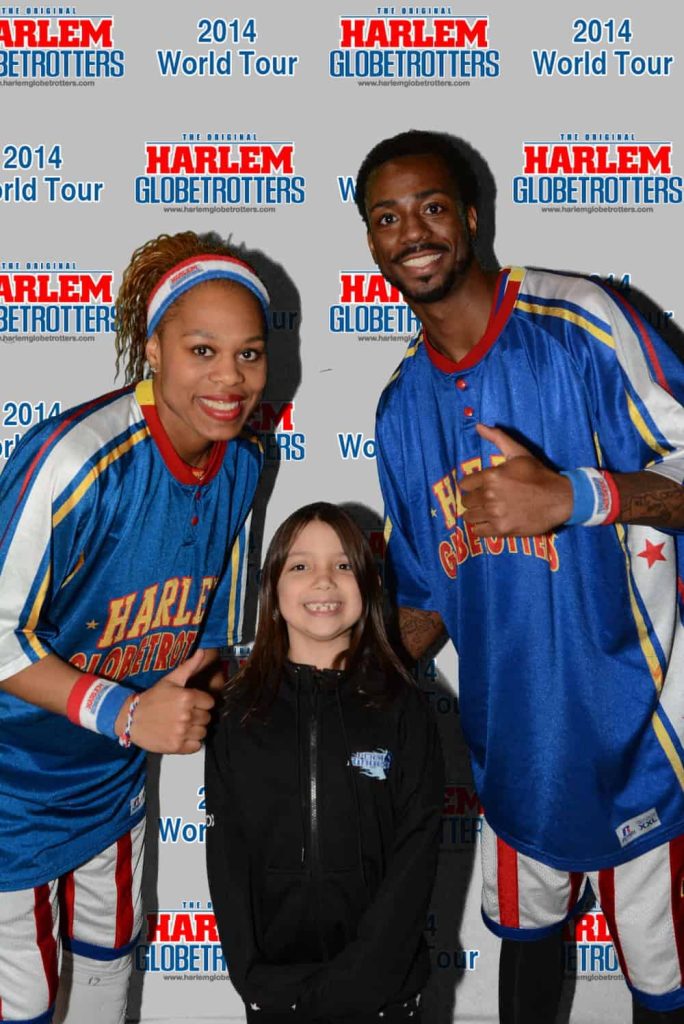 My review would not be complete with out mentioning Big G, the Harlem Globetrotters mascot. Big G is hilarious and provides awesome dancing moves and antics to popular music that left everyone laughing. We were trying to figure out if Big G was electronically controlled or if someone was in the mascot. The flexibility of Big G made us think that he had to be electronically controlled. The debate is still on though.

In the end, I have to say that you know you are having a great time when you leave a show and your face is sore from laughing so much.

Here is Firefly hitting one of his many 4 pointers from last night. Way to rock it Firefly.