MomMomOnTheGo and crew headed out to the PNE Forum in Vancouver, BC last night for the first ever Hello Kitty Supercute Friendship Festival. My crew was made up of two adults and two 8 year old girls, and we all had a wonderful time.

The Hello Kitty Supercute Friendship Festival was a mixture of awesome displays, photo opportunities, memorabilia, and two stages that had live shows throughout the evening.

The festival lasts for three hours during which you have time to wander around and check everything out in between each of the live performances. The attendees receive more than enough notice as to the timing for the next performance as well as which stage the performance will take place on; the Rainbow Stage, or the Main Stage. 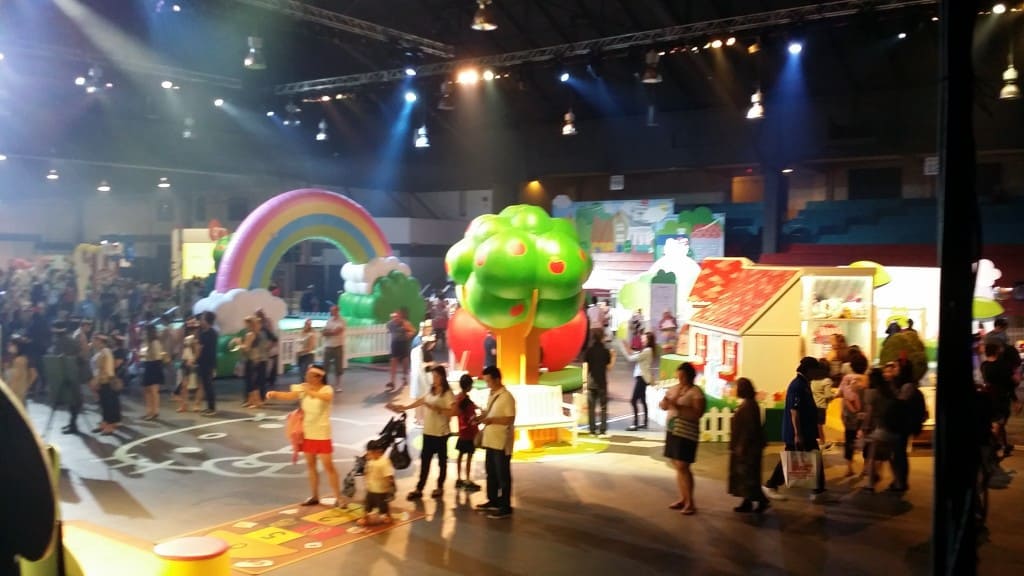 As soon as you walk into the festival, you receive a Hello Kitty paper hat to wear as well as the program for the night. The order of the live shows is in the program as well as a list of all the displays that you can see.

I was excited to see the Hello Kitty Penny Press listed on our program, but when I could not locate it, I asked one of the staff who indicated to me that they actually did not have it at our show. We were disappointed because we collect Penny Press coins at everything we attend and would have absolutely loved to have added a Hello Kitty one to our collection.

One thing that is very important to know is that the on site memorabilia stands accept cash only. I was so shocked at this. The memorabilia varies in cost from items as low as $7 to those over $100.

My Little One thought she came prepared with $50 in her wallet, but the pink Hello Kitty sweater that she really wanted was listed at $75 plus tax so she had to leave the festival without it. She did not leave empty handed though as there were awesome small memorabilia stuffies for $13 plus tax, Hello Kitty headbands, and Hello Kitty festival pins as well. The small stuffies are a good deal and a great memorabilia item as the stitching on the back of their heads says they are from the festival. The official festival pin is also well made though at $12 plus tax is almost as much as the small stuffies.

No matter what you budget though, there was a ton of memorabilia there and surely something for every Hello Kitty fan.

The crowd at the Hello Kitty Festival was a good size, but not too busy to make it impossible to have your turn at the various photo opportunity stations. The fans were also of every age category and both females and males. Many fans were dressed up as their favorite Hello Kitty character and part way through the evening, they had an opportunity to display their costume during the My Melody Fashion Show at the Rainbow Stage.

The Official Hello Kitty Supercute Friendship Festival video really gives a great feel as to what you can expect at the festival..

So here are some of the things we did at the festival…. 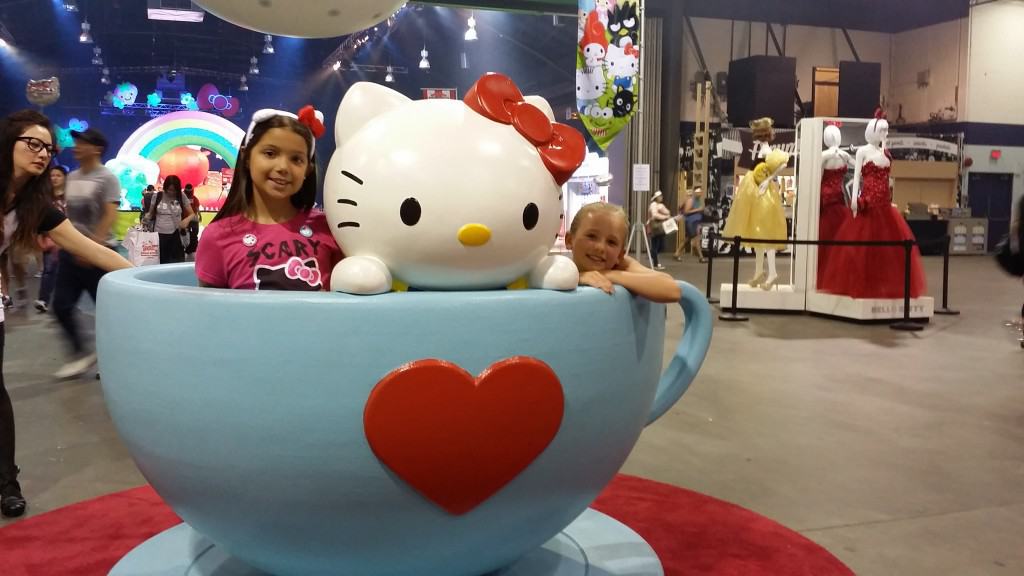 There was even more to do if you wished such as getting a tattoo, participate in the fashion show as mentioned already, and meet and greets.

Our evening was jam packed full of Hello Kitty fun and with my Little One being a crazy Hello Kitty fan, we all had a blast. We would go to another Hello Kitty Festival if it came to Vancouver again.

To find our more about the Hello Kitty Supercute Friendship Festival, including if it is coming to a city near you, check out everything about the festival here: