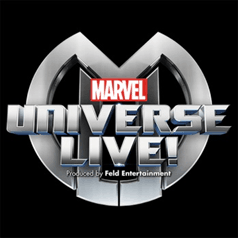 My family was completely excited for the last week leading up to our night out to Marvel Universe Live. My Little One was counting down the days to the show every single day leading up to it. I think I was just as excited as my Little One to see the show. We are all huge superhero fans in our household.

We saw Marvel Universe Live at the Pacific Coliseum. At the venue we were at, there was not a bad seat in the house. Even if you get the higher up seats, they still have an awesome view.

Our seats were third row seats and it was so awesome when the superheros were right in front of us. 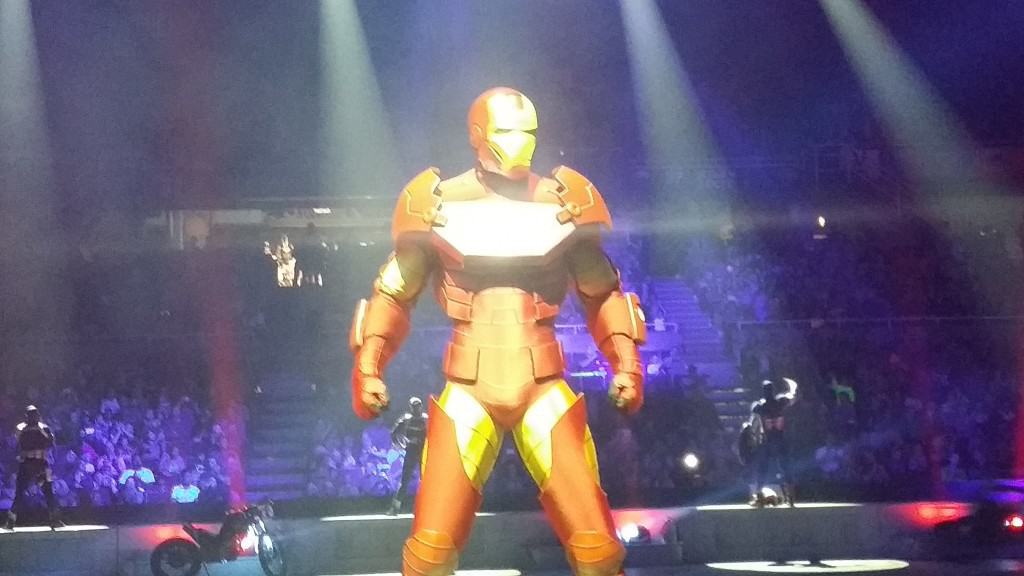 There was one point in the show when there is a fight in the Statue of Liberty that being lower down, we could only see the shadows fighting, but they made sure to bring the fight to both sides so no matter where you were you saw some of the action. During this one fight scene, was the only time that I felt any restricted viewing from being so close, but as I already mentioned, they ensure to move the fight scene around the Statue of Liberty so every side of the audience got to see a bit of it.

Marvel Universe Live was very well done right from there being an an awesome story line that was followed all the way through, to the costumes, and effects.

If you are attending Marvel Universe Live, be prepared for awesome fire, light, and firework effects. The stunts that were done in the air and on motorcycles were amazing as well.

Of course there would be no need for the superheros is there were no villains and Marvel Universe Live is full of some pretty well known villains. Of course Loki is there, but a few other villains that you will undoubtedly recognize are also there fighting alongside Loki.

If you are a superhero fan who loves to collect merchandise and memorabilia, make sure to come ready to make a purchase as there are a ton of wonderful items for sale at the show. 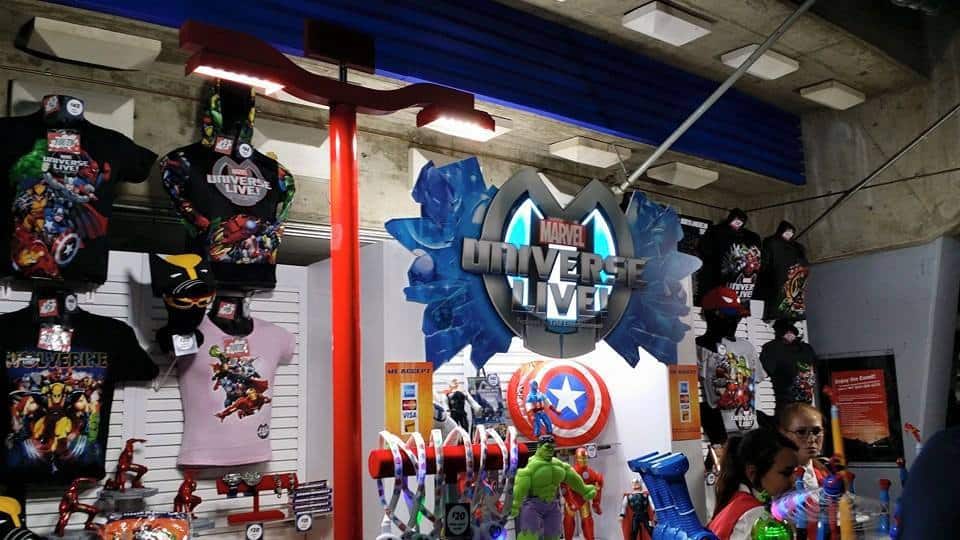 Here are a few examples of just a few of the items you will see….. 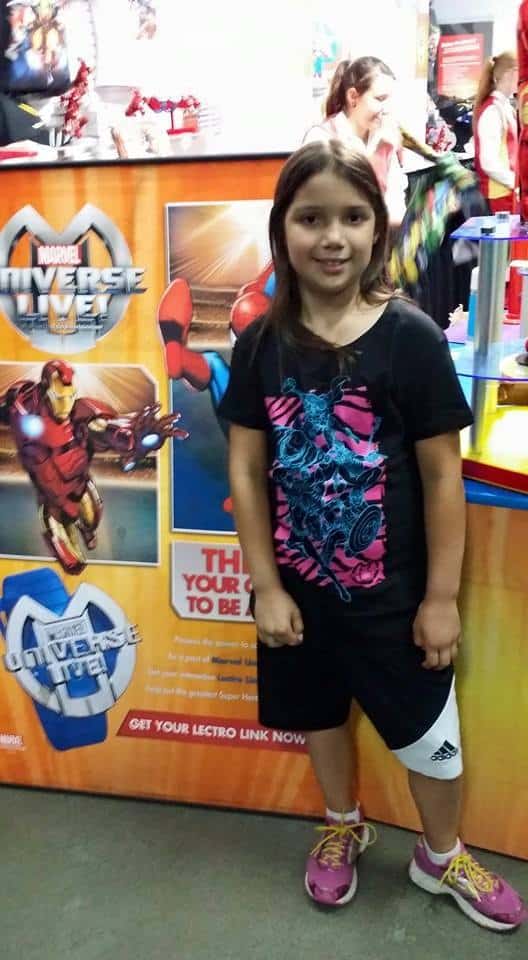 The shirts fit a little on the small size. My Little One who is a size 10 to 12 could not comfortably fit the youth shirts, so she purchased a small adult shirt. The great thing is, that the adult shirts will be just as appealing to kids as they are awesome as well.

The show took approximately two hours with intermission. We were all enjoying the show so much that the time just flew by.

The sets and set up for the show is incredible and you can tell that the creators did not hold back at all. There are so many stunts and set up, that there are helpers arranging everything right in front of you on and off through the entire show. The amazing thing is that the show is so engaging that you really do not even notice the people running in and out setting things up and taking things down because of the action that is going on at another area of the stage.

Even the screens have awesome scenes that flash across. 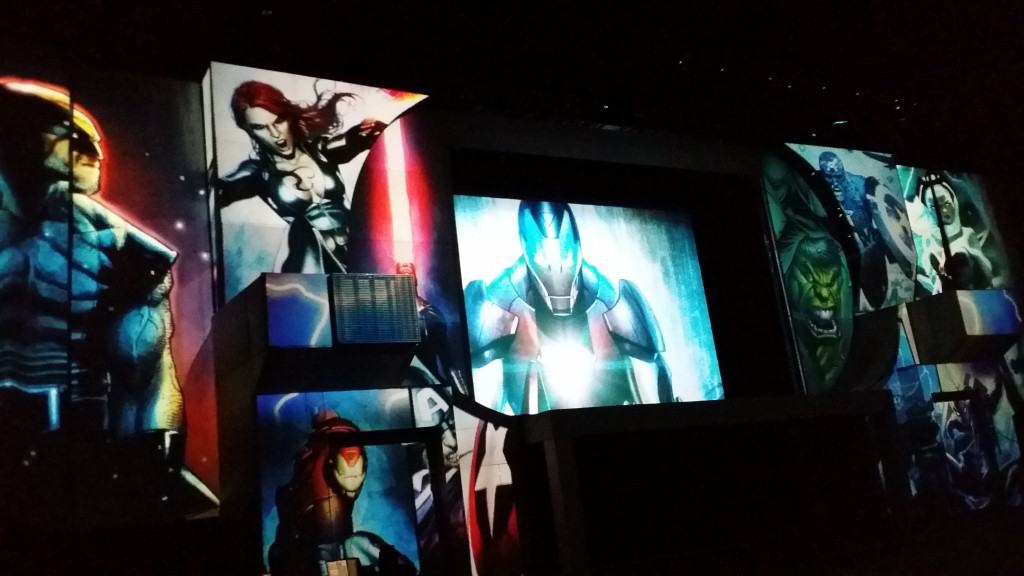 Here are the stops in the 2015 Marvel Universe Live show…

You can find out more about Marvel Universe Live here:

If you have seen the show let me know what you thought of it. 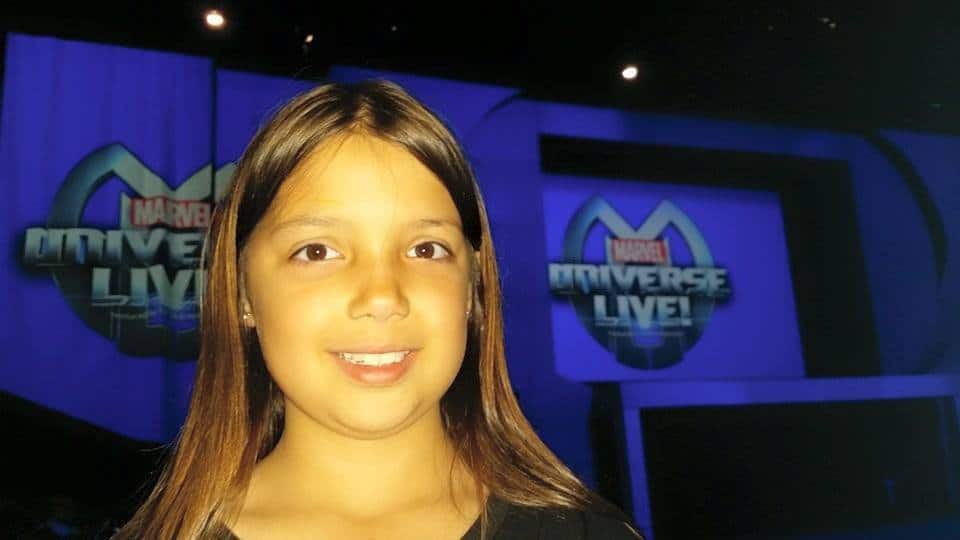