Miraculous™ Tales of Ladybug & Cat Noir follows the adventures of a charismatic young Marinette (13) who magically transforms into a vivacious superhero (Ladybug) to save the day using newly acquired superhero powers, mysterious lucky charms and the unique power of “creation.” As a young teen female superhero and unchallenged protector of Paris, Ladybug partners with sidekick, Cat Noir, to fight crime and save the beautiful “City of Lights.” Surprisingly, Ladybug and Cat Noir do not know each other’s true identities. Marinette is unaware that, beneath the Cat Noir suit nestles Adrien, her secret school crush. Similarly, Adrien doesn’t know that “his” Ladybug is really just Marinette, a rather plain girl in his class. 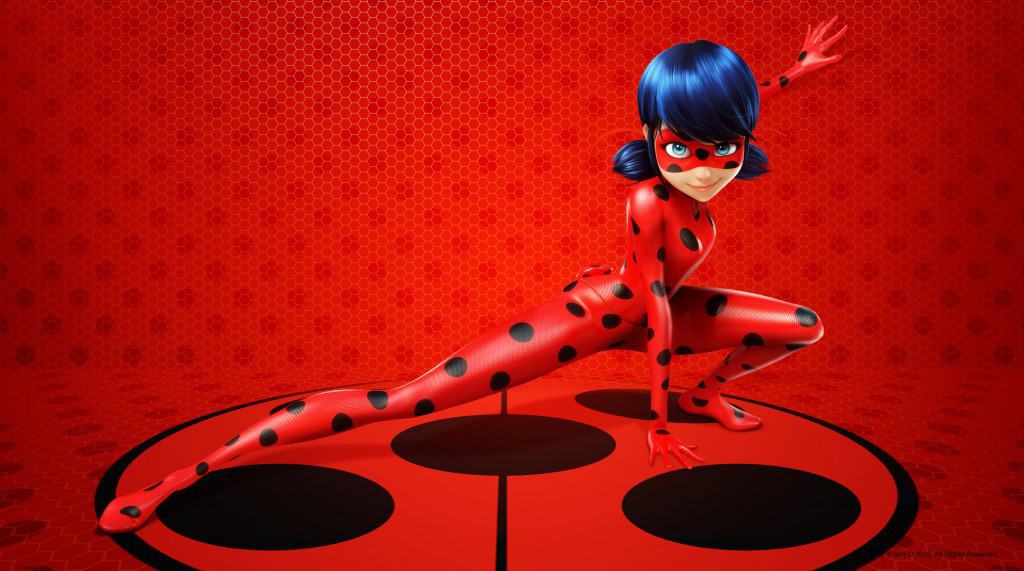 The storylines and adventures are rich with friends, family, fun, adventure, secret identity, secret crushes, transformation, action, villains, fashion, creativity and more, all among the spectacular backdrop of Paris. The series will deliver nicely integrated themes that will be relatable, relevant and intriguing for both kids and preteens.

· Girl Empowerment: Ladybug captivates girls with “girl power” and makes them feel confident and certain in their abilities. In the film box office world, male super heroes are the largest genre of films and merchandising, and have generated over $11.3 billion in box office sales in the last five years. Female super heroes, such as Katniss from The Hunger Games and Elsa from Frozen, are only beginning to emerge – and Ladybug will become part of that cultural landscape. It will be empowering and exciting for young girls to see a female superhero in such a dynamic and powerful role, inspiring them to dream big.

· Action Adventure Comedy: The series is considered a preteen action adventure sitcom, all about the super heroine while including all the typical teen antics, from boy crushes to peer pressure at school. Miraculous™ should be relatable and authentic to many kids and preteens today.

· Groundbreaking Animation for Girls: Comic book superhero stories have been experienced on the big and small screen for many years. The storytelling and the sensory experience has become more engaging in recent years. For the first time ever, Miraculous™ animation will also deliver a new sensory experience for girls with their very own young super heroine in compelling, action sequences never seen on TV for girls. The quality of the 3D CGI animation depicted in the characters and within the over (200) 3D backgrounds is enough to garner the active interest of an older demographic fan following now detectable throughout social media.

The series is a global co-production, co-production among ZAG, Method Animation, Toei Animation and SamG, with the participation of TF1, Disney Channel EMEA, SK Broadband and AB droits audiovisuels.

My Little One who is 8 years old has had a chance to watch the first episode and the ninth episode of Miraculous. She has really enjoyed the episodes and has actually watched each of them countless times in the last couple of days.

Miraculous is a wonderful show that taps into girl empowerment and features a female superhero. It is nice to have a female superhero character for girls. The show also explores relationships and topics that young ones can relate to.

The show captures the interest of kids from the onset, with its colorful scenes and amazing graphics. The characters are appealing and the story lines are entertaining.

In my opinion the show will be appealing to children in the elementary age group.

Both myself and my Little One recommend that you take a look at Miraculous if you get a chance to. We both think that this series will be popular among young girls.

You can find out more about Miraculous here…

Disclosure: MomMomOnTheGo was provided access to the episodes in order to conduct this review.