I want to share with you my journey to becoming pregnant……

In my situation, in order to get pregnant I had to use the services of a fertility clinic. I did not use fertility drugs. I did not use IVF. I was in a situation where in order to have children, I had to get pregnant by way of donor insemination. So I can talk about the donor insemination process that I went through. Remember that I am not a doctor and I am not familiar with all of the processes in every country for going to a fertility clinic. I can only talk about the process that I went through.

For a lot of people, they have absolutely no trouble getting pregnant. Sometimes of course it is planned and sometimes the pregnancy is not planned. A lot of people do not have to think much about the fertility process or what they can do to increase their chances of getting pregnant. Other people plan a bit and start taking their folic acid vitamins before trying to get pregnant and do a little reading and research on what foods are good to be eating for optimum fertility.

Then there is the rest of us. More than 15% of the couples within reproductive age face challenges with fertility. Apparently fertility issues increase as age increases too. So there are a significant number of people out there that need the help of a fertility clinic.

The process I had to use was donor insemination. The first thing that I had to do in order to get an appointment at the fertility clinic was I needed a doctor’s referral. That was easy to get.

So the first test that I had to go through was a hysterosalpingogram. It is a long fancy word, but basically it is like having a pap smear test and an x ray all at the same time. What happens (in non medical terms) is that the doctor gets you all ready as if you were having a pap smear. You have a tube placed inside you which the radiologist shoots dye through into your cervix. The dye goes through your uterus and Fallopian tubes and allows the radiologist to take x rays of your female reproductive system so that they can see if there are any reproductive issues.

I will admit that the test is not the most comfortable test. The radiologist asked me to shift around on the table with all this stuff hanging out of me. It was not that bad, but it was not fun! I recommend taking a couple of Tylenol before you go because the hysterosalpingogram caused cramping in me. We can handle that though right ladies!

So there I was, test done ready to find out if there were any fertility issues. Next was another appointment with the fertility doctor. Well, I found out that I had some sort of blockage on my left side. They assumed it was a mucous plug that would move on its own so we proceeded as if nothing was an issue.

I completed a blood test for everything possible and passed with flying colours. I found out that I was what is called CMV negative (which is rare) and thus I had to pick a donor that was also CMV negative.

Next was picking a donor. The process I experienced was looking through short profiles online. I decided which profiles peaked my interest and told the fertility clinic my list of maybes. The clinic provided me with a longer profile to read through to help me get more information on the donor and decide who I would use.

I finally found a donor I was happy with. I liked the essay the donor wrote. The medical history seemed good for the donor. They were a closed donor. They had other successful pregnancies. And this donor only had a baby picture. I was set and ready to go. I ordered the number of viles I wanted knowing that the supply from this donor could become unavailable at any time and not knowing how many kicks at the can it would take for me to get pregnant.

So every month after the start of my menstrual cycle I counted down to ten days and started peeing on an ovulation testing stick. When I hit my prime ovulation time I was on the phone to the clinic and setting my time to go in and be injected with the washed sperm. Yes, it is washed. It is vigorously tested and then washed so all that is injected in you is the stuff needed to get pregnant.

Now let’s talk about those ovulation testing kits. Some ovulation testing kits are horrible. I hated the cheap little strips you peed on. They are less expensive, but they were messy. I like the expensive testing kits unfortunately. They were cleaner and seemed more accurate. I think they were about $50.00 for a package of six. It was almost ten dollars every time I tested, but you only test once a day for a set period of time. One package was enough each month so I was looking at $50.00 a month. I was okay with that. If you want to find the ones I mean, they look pretty much the same as the pregnancy test kits. It is a plastic pen-like object with a little part on the end you pee on and a lid. They are great!

Ok so I found my fertile day and called the clinic and went in. I went into the private room, got undressed from the waist down and covered myself with the paper blanket they give you. It is a similar process to getting ready for a pap smear.

Next the nurse comes in and brings in your washed sperm in a container. I had to verify the number on it and sign that it was in fact the sperm I had ordered. The process is quite quick and simple. The nurse puts the speculum in you to open you up so they can see up to your uterus (just like a pap smear). Then the nurse sucks the sperm up with a straw like needle that is made completely of soft flexible plastic and is really thin. Then she places it inside you in the optimal position to find the egg. The nurse will likely give your partner a choice of injecting the sperm so they feel a part of the process. If your partner decides to inject it, tell them slow and easy. If the sperm is injected quickly you will cramp up.

Then after it is injected everything is taken out, you get dressed and off you go about your day. you do not have to go home and stand on your head or rest or anything. Just let your body do its thing and forget about it. Eat good, sleep well, be happy and stay positive.

So after six unsuccessful attempts I had to meet with the fertility doctor again. At that time, the fertility doctor decided that since I had not gotten pregnant that we should now make sure that the blocked left side I mentioned earlier was just a mucous plug and not something else preventing me from getting pregnant. This meant I had to have two procedures done at the same time. It was like surgery. I had a hysteroscopy and a laparoscopy. They were no big deal and most women probably will not have to go through them unless it is suspected that something is affecting your fertility. It was a fifteen minute procedure for me and I was knocked out for it. When I woke about half an hour later I was told they found nothing.

So I went home and waited for my next menstrual cycle so I could test for my prime ovulation time. With each time I was inseminated I decided I best rest and take the day off and just chill out in general. I was hoping this would maximize my chances of getting pregnant. I did just about everything except standing on my head.

Well, with attempt number ten done and still not pregnant I had pretty much mentally given up. I went for try eleven, but had pretty much decided ahead of time that it was not going to work. I was running every night, not resting and not even thinking about getting pregnant. I ran the day I got home after being inseminated. I did absolutely nothing to “assist” in ensuring this eleventh try of donor insemination worked.

Then one day I realized my menstrual cycle was late. I did the pregnancy test and there was the faintest line possible that indicated I was pregnant. I was afraid to get my hopes up. I waited until later that day and tested again. The line was darker. I was pregnant! I called the clinic and went for my blood test. Eleven tries and it finally worked. I was flying higher than the clouds.

And that was my adventure for having my daughter. I now realize that in wanting to get pregnant so badly, that for tries one to ten I was probably putting unknown and unnecessary stress on my body. When I stopped thinking about it all the time and stopped trying so hard to get pregnant I was pregnant on that very try.

I think it was just meant to be that I got pregnant on the eleventh try, so that I had my angel of a daughter. She is my dream come true…….I have that phrase on the wall above her bed….. 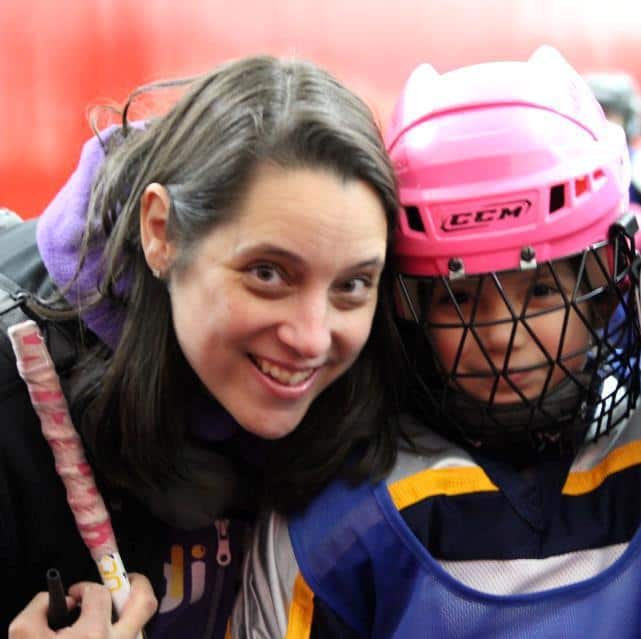 If you are considering or in need of advice or assistance with your journey to becoming a mom, then I recommend you explore all the options out there. You can stop by the Pacific Centre for Reproductive Medicine website and find out more about what process is right for you. Make sure to check out their Frequently Asked Questions Page as well.

Here is a clip from The Simi Sara Show that was just aired on CKNW AM980 for the May 2017 Infertility Week.

Another great resource and read is an article in The Huffignton Post by Dr Caitlin Dunne called “Trying For A Baby? This Is When You Should See A Fertility Doctor.”

You can also find out more and find people who can relate to the situation you are in by visiting Pacific Centre for Reproductive Medicine on their Social Media channels….

My experience was over a decade ago now as my Little One is now 10 🙂 I cherish every single second with her and as being her mom. I cannot even remember or imagine life without her. Being a parent, my Little One’s mom, is the best thing that ever happened to me. 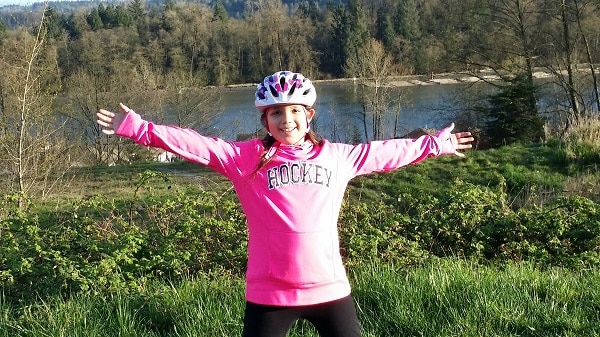 Disclosure: MomMomOnTheGo was provided compensation for the purpose of sharing this experience with you.