JANUARY 8, 2016– RICHMOND, B.C. – London Drugs, Puzzled Jewelry, and the Pacific Autism Family Centre have teamed up to raise awareness about Autism Spectrum Disorder. From January 8th until February 19th, 2016, a 925 sterling silver puzzle necklace will be available for purchase at all British Columbia and Alberta London Drugs locations to support the new Autism Centre of Excellence. Puzzled Jewelry is a brand with a cause. Created by Patricia James, Keri Kennett and Debbie Siu, each year Puzzled Jewelry designs a unique puzzle piece item to build awareness of Autism. The three mothers joined together following autism diagnoses’ that affected each of their little boys.

Autism Spectrum Disorder is a developmental condition that impacts typical brain growth. As a spectrum disorder, ASD has a wide variation in how it affects each person. Common characteristics include difficulties with communication and social interactions, repetitive interests and activities, and stereotypic motor behaviours.

At a cost of $25.00 plus tax, the proceeds from the necklace will go towards the new Autism Centre. Slated to open in the Summer of 2016, the Pacific Autism Family Centre (PAFC) core purpose is to become a knowledge centre while addressing the support and services required. The Centre will be the hub for research, and collaboration, providing
individuals and their families with resources for their lifespan. 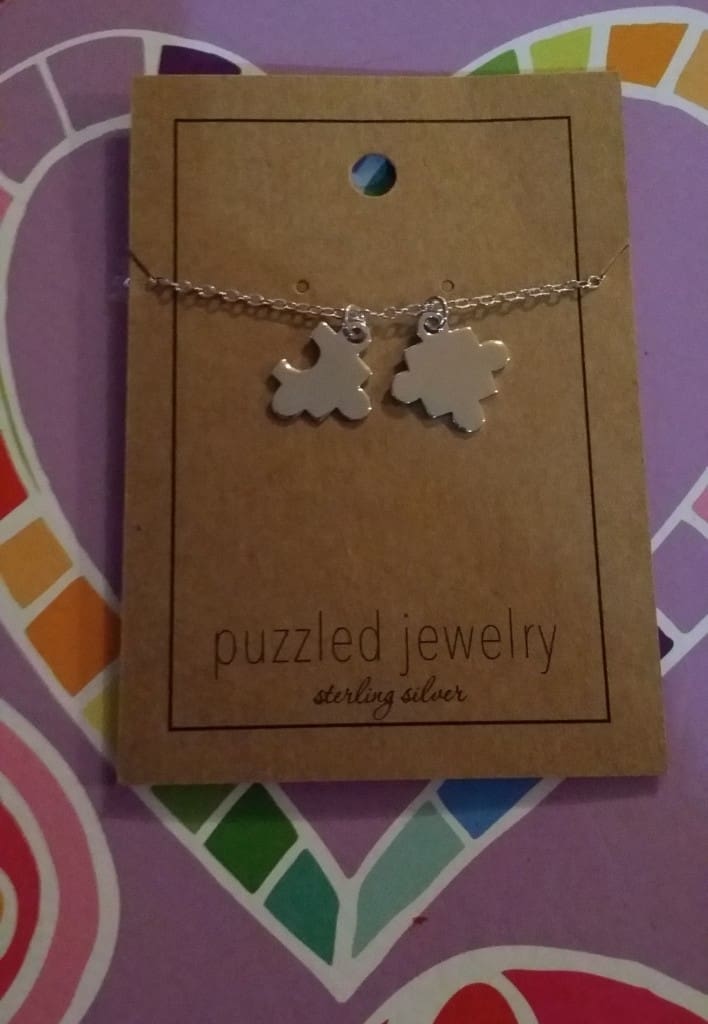 “Supporting organizations like the Pacific Autism Family Centre is important to the advancement of research and awareness of Autism across Canada,” said Kevin Sorby, London Drugs Retail Operations General
Manager. “We would like to encourage our customers in British Columbia and Alberta to support this initiative with Puzzled Jewelry to increase community resources across Canada.”

The 925 sterling silver necklaces will be available for $25.00 plus tax at all London Drugs locations across British Columbia and Alberta from January 8th until February 19th. Proceeds from the campaign will go
towards the Pacific Autism Family Centre, which will be the first of its kind in North America. Providing resources such as treatment, counselling and assessments, The Centre of knowledge and innovation will involve the development of physical “hub and spoke/satellite” centres located in communities across the province, in collaboration with local community partners. The expertise and information services offered in the hub location will be available to all Canadians with services continually evolving.

Founded in 1945, B.C.-based London Drugs has 79 stores in more than 35 major markets throughout British Columbia, Alberta, Saskatchewan and Manitoba including its online store www.londondrugs.com London Drugs offers consumers a range of products from digital cameras and cosmetics to computers and televisions. Renowned for its creative approach to retailing, the company employs more than 7,500 people with pharmacy and health care services being the heart of its business. Committed to innovation and superior customer service, London Drugs has established itself as a reputable and caring company and continues to position itself for future growth and development.

I absolutely love fundraisers such as this one that London Drugs is doing. I have a lot of respect for companies that create a beautiful product such as the the beautiful puzzled necklace that all proceeds go to those in need, especially children.

My daughter saw the puzzle necklace and loved it. It is a beautifully made piece of jewelry that anyone will love and love to wear. What is better, every time you wear the piece, you can be proud knowing you supported the awareness campaign for Autism.

Make sure to head to your local London Drugs before February 19th, 2016 to be a part of this wonderful campaign to bring awareness for Autism.