My little one and middle one went on the week long Royal City Soccer Camp for the mornings only last year as well. They both enjoyed the camp very much. Because of their enjoyment from the camp last year, both my girls have decided to play soccer this year. I am really happy about my middle one playing soccer this year because she had given up all sports and I really want to see her back into sports.

My little one is very active and soccer is just among the latest sports she is adding to the list of sports that she plays.

Royal Soccer Club has camps across in Canada in British Columbia, Alberta, Saskatchewan, Manitoba and Ontario. The week that my little one was at camp proved to be busy. The camp had a lot of kids from varying age groups. They all appeared to intermingle very well and had wonderful instruction and interaction with the instructors. 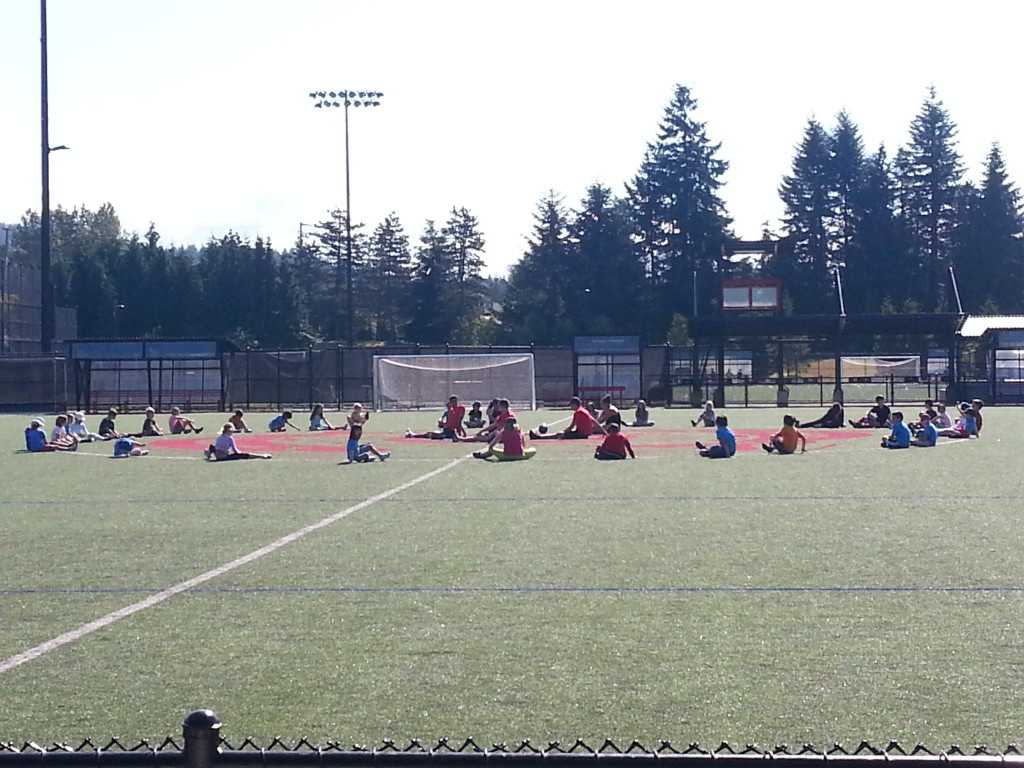 There was then what appeared to be the head Instructor for the camp. I wish I remembered our Instructors name because she seemed really nice and great with the kids. She was a soccer player herself and helped to relay her passion and knowledge of the sport to the kids.

There were additional helpers at the camp. They seemed a little more shy and waited for direction from the Team Leader and Instructor. The helpers did help out a lot and were there for the kids. Overall, I felt that there was great supervision for the camp. 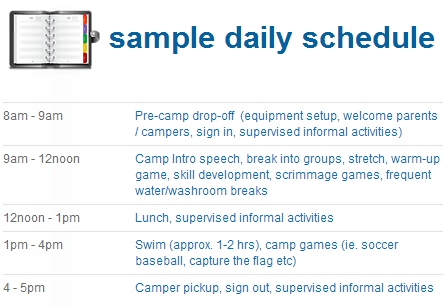 The only reason my little one did not go to the full day session is because she has a chlorine allergy so although she can go into the pool, she cannot go every day.

Every camper receives a number of items when they attend camp. 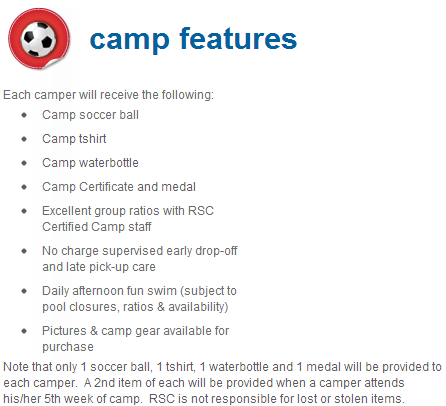 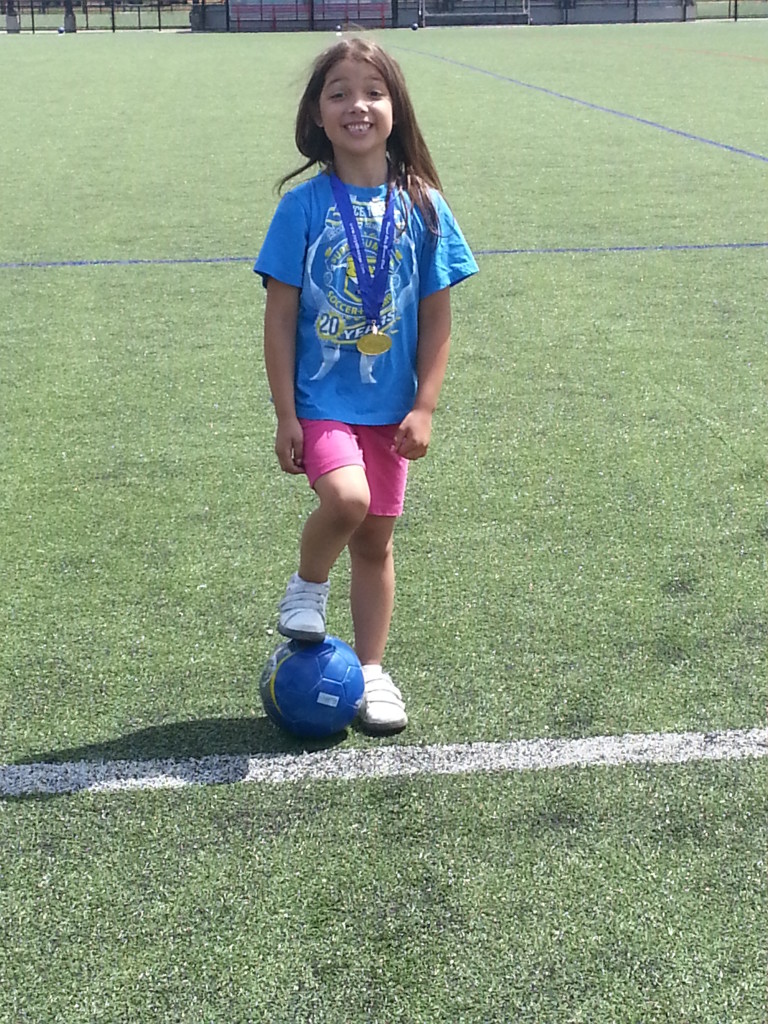 There seemed to be a number of kids that were attending multiple weeks of camp and at $169 for a full week of camp, it provides a very affordable option for parents who are working.

I asked my little one if she would recommend the soccer camp to other kids and she said a big yes with a wonderful smile and a jump in the air. She had a ton of fun at soccer camp. We all loved the Subway lunch option for the last day of camp.

If you are looking for a camp this summer, make sure to check out Royal Soccer Camp, MomMomOnTheGo and her little one both recommend it. 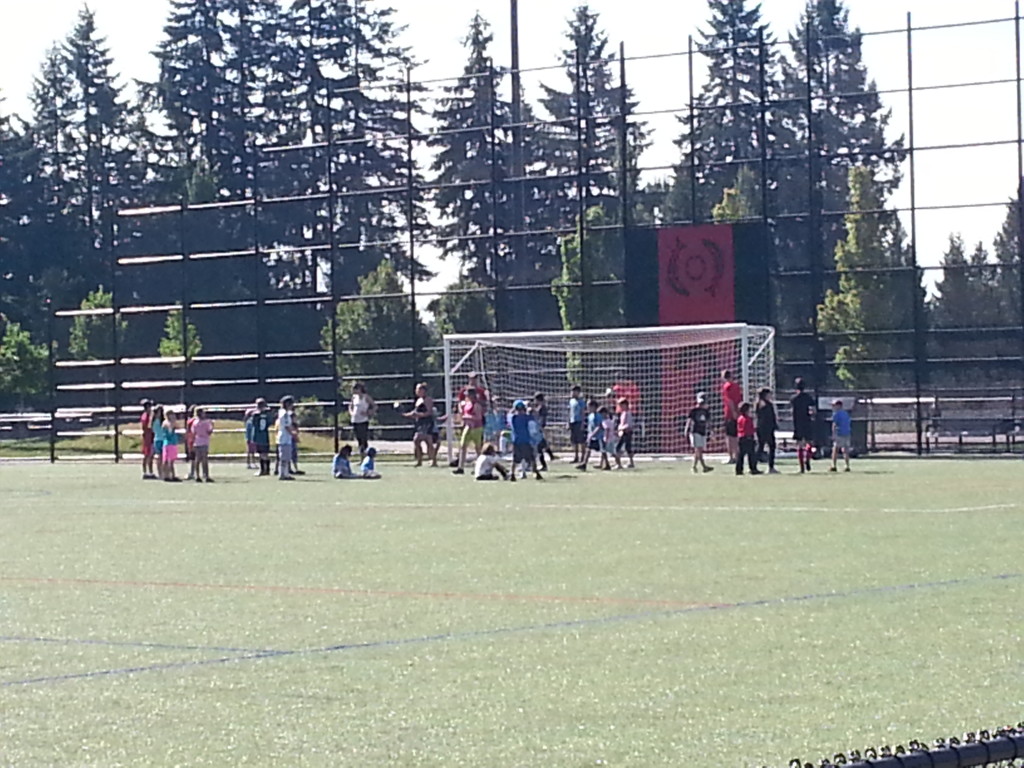 Disclosure: MomMomOnTheGo was provided product for the purpose of conducting this review. As always, MomMomOnTheGo only supports companies and products that she loves. All opinions expressed are those of MomMomOnTheGo.