Richmond, BC— From the majestic, century-old schooner Adventuress, the world’s “greenest” tall ship to the crowd-favourite mini-brigs with their pop gun cannons, a flotilla of classic ships is making sail for Ships to Shore Steveston on the Canada Day weekend.

From Saturday, June 29 to Monday, July 1, visitors can relive the days when Richmond’s Steveston Village was a major port-of-call for fleets of sailing ships from around the world with free boarding and viewing of more than 16 unique and historic ships.

“We step back into history whenever the tall ships return to Steveston,” says Richmond Mayor Malcolm Brodie. “Steveston first welcomed tall ships more than 125 years ago and it is always an exciting moment when they return. Anyone who’s ever dreamed of going to sea will want to take this opportunity to climb on board these historic and interesting vessels.”

Leading the Ships to Shore fleet this year is the 41-metre (133-foot) Adventuress, which is celebrating its 100th anniversary this year with continuing campaign for sustainability. A truly “green” tall ship, focused on providing environmental education opportunities for youth, the Adventuress is also committed to applying sustainable practices as she sails around the Pacific Northwest, minimizing her environmental footprint on the ocean, buying locally and
championing groups promoting sustainability.

Attendees will also get the chance to explore some working, commercial fishing boats such as the Western Star, a heritage gillnetter, and will get to climb aboard some vital, locally-based search and rescue vessels. Last, but not least, the popular mini-brigs of the Shady Isle Pirates will again entertain the crowds.

This year’s Ships to Shore event will again be held in historic Steveston Village. The ships will be docked at Imperial Landing, just a few paces along the wooden boardwalk from the village centre and at the Britannia Shipyards, National Historic Site, a short walk along the picturesque Steveston boardwalk.

Ships to Shore Steveston 2013 runs from 10 a.m. to 5 p.m. on June 29 and 30, and from 12:30 to 5 p.m. on July 1. Ship boarding is free, but space is limited and scheduled activities vary so check out www.richmond.ca/shipstoshore for boarding details and an event schedule.

Steveston’s two national historic sites, the Britannia Shipyards and the Gulf of Georgia Cannery, will also be open throughout the Canada Day weekend. Drop by both to view great exhibits on the history of Canada’s west coast fishing industry and much more.

Parking in Steveston is limited and some road closures will be in place on Canada Day morning due to the Salmon Festival parade. Festival goers are encouraged to take transit, cycle or walk to avoid traffic and parking congestion. 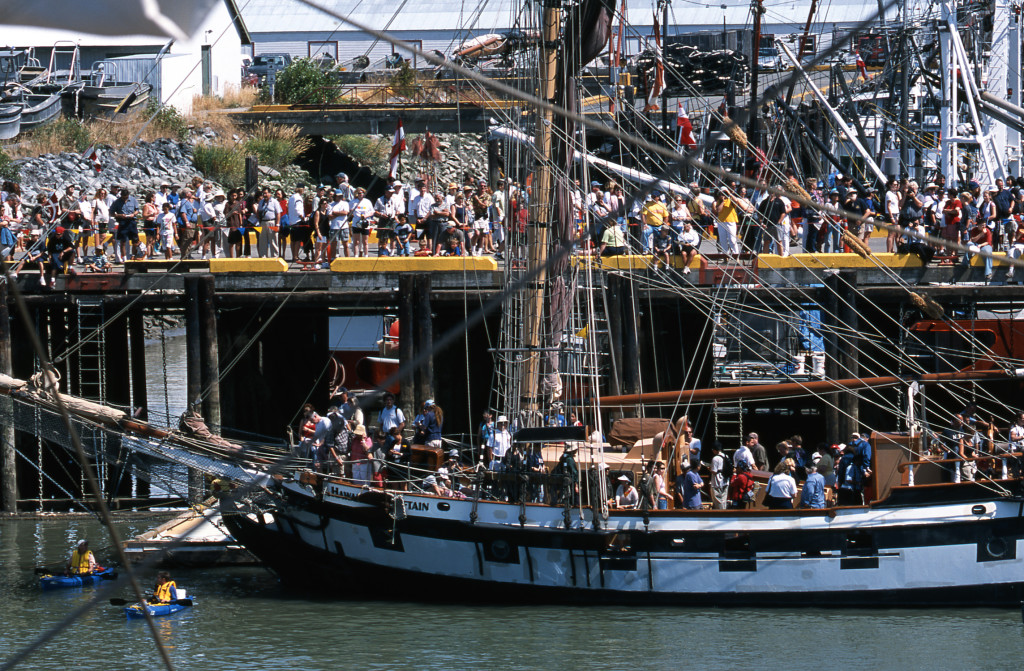