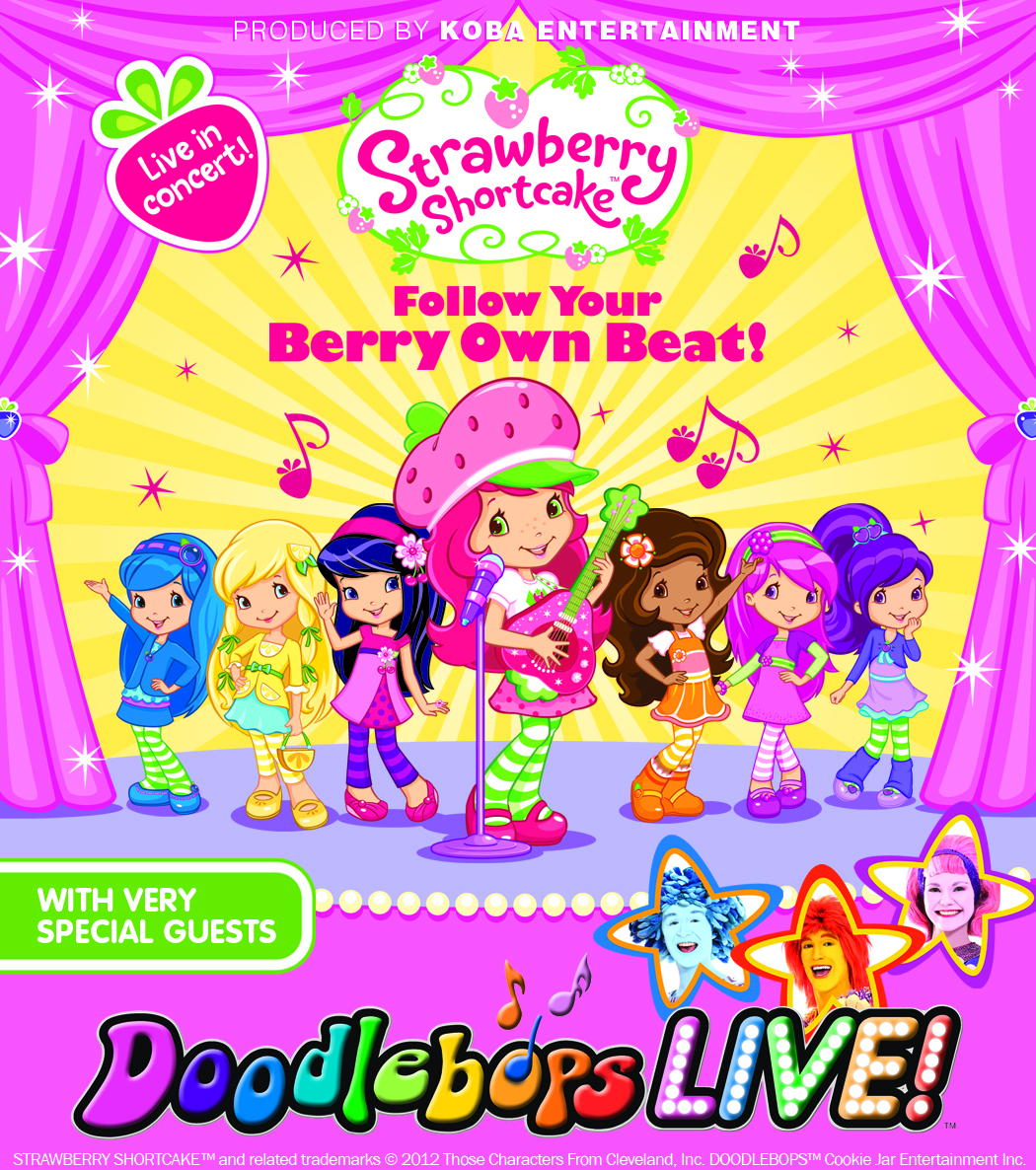 This musical adventure takes audiences to the whimsical land of Berry Bitty City where the whole town is buzzing with anticipation for the Glitzy Glaze Talent Show. Follow along as Strawberry Shortcake and the rest of the girls each prepare for their moment in the spotlight.

To double the fun, Koba Entertainment is bringing together Strawberry Shortcake and the wackiest siblings on television, the Doodlebops, for the first time ever in one spectacular show!

Before the girls of Berry Bitty City hit the stage, warm up your singing voice and stretch out your dancing muscles with the Doodlebops! Responding to calls from their legions of clamouring fans, Rooney, Moe and Dee Dee Doodle will take to the stage in a live concert performance that will get the whole audience movin’ and groovin’.

It’s an interactive concert experience full of humour, fun and friendship! Join us for Strawberry Shortcake: Follow Your Berry Own Beat! with very special guests the Doodlebops. 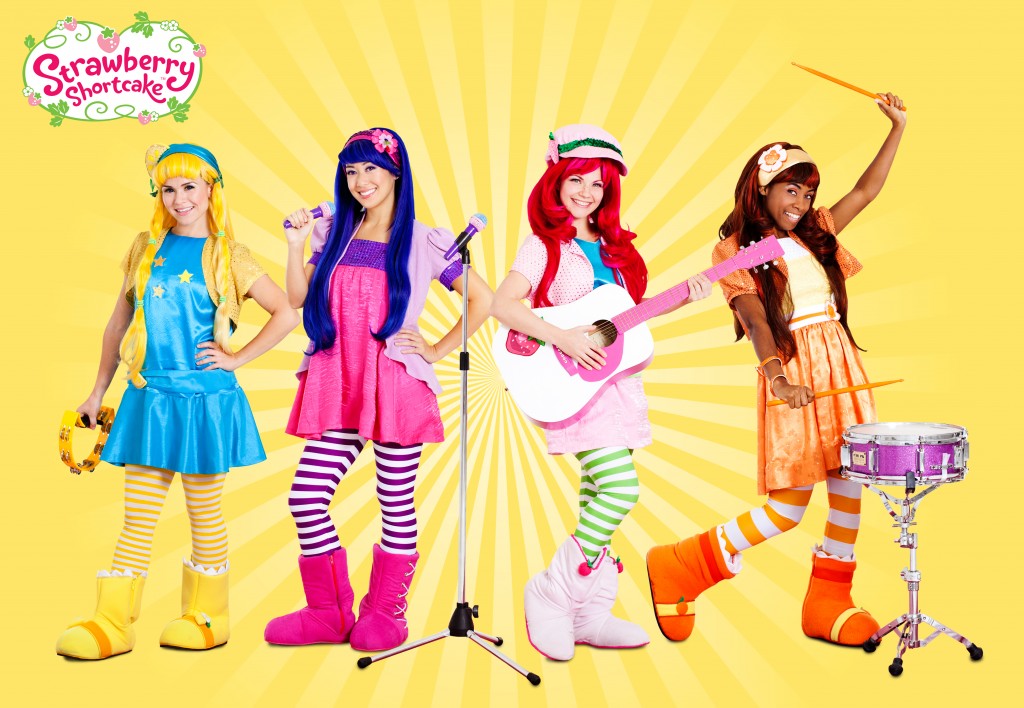 A prominent producer of original family musicals, Koba Entertainment has been captivating audiences throughout the world with celebrated characters from literature, television, and pop culture. Koba Entertainment productions have enchanted people of all ages in more than 165 North American cities, 12 countries and four continents. Production credits for young audiences include: Max and Ruby, The Backyardigans, Toopy and Binoo, The Doodlebops, Caillou and Franklin.

Paquin Entertainment is one of Canada’s premier entertainment agencies with offices operating out of Winnipeg and Toronto. Its agency division proudly represents over 150 artists including Randy Bachman, Buffy Sainte-Marie, Bachman & Turner, K’NAAN, Tegan & Sara, The Sheepdogs, Matt Andersen, and Serena Ryder. While artist management and concert promotion spurred the establishment of the company, Founder/CEO Gilles Paquin’s vision was infinite. Today, he continues to push the company to expand, evolve and diversify. Paquin Entertainment Group’s portfolio holds over 25 years of global experience ranging from agency, talent management, corporate consulting and theatre/film.

Stay connected with Koba Entertainment so you are first to hear tour announcements and presale show codes.