Please welcome Fern, MomMomOnTheGo’s Toronto Correspondent who was out in the field today to review Toopy & Binoo And The Marshmallow Moon in Toronto, Ontario Canada.

So this was my first time at a live play for children and really wasn’t quite sure what to expect. The audience was filled with excited children anxiously awaiting the show to start. I took my 5 year old daughter and her 4 year old friend who is a big Toppy and Binoo fan. 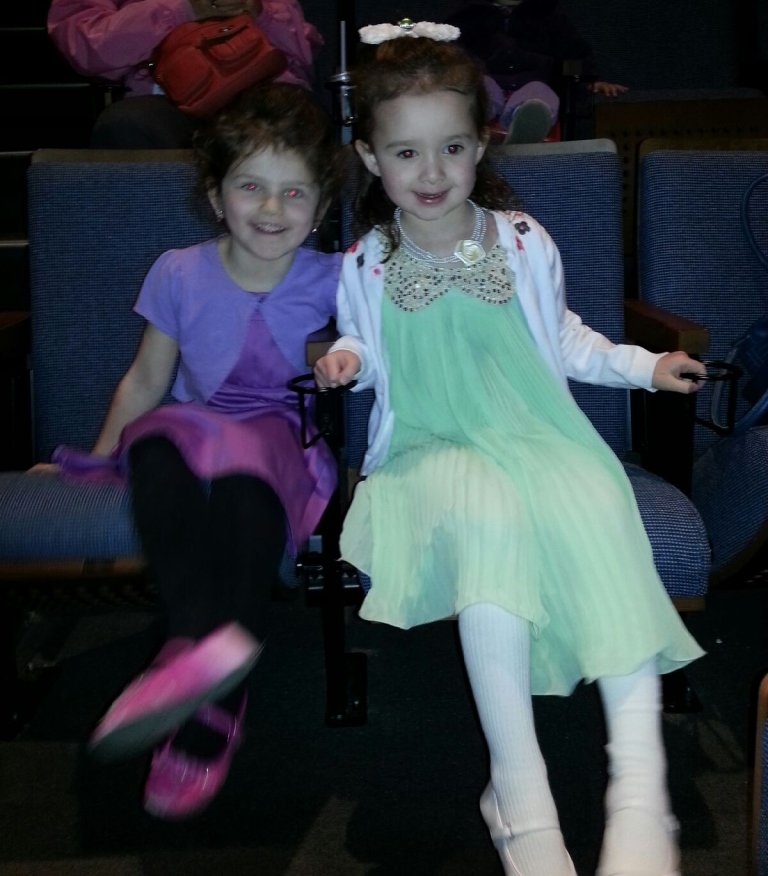 The set was a perfect representation of the cartoon living room we are all accustomed to seeing, and the use of video screens really added to the stage especially later on.

The show begins with a singing octopus who seemed to be the focus of the show rather then Toopy and Binoo which I found rather surprising. The kids didn’t seem to get too excited until Toopy entered the stage.

Toopy explained that he was is search of his own perfect song, and that is what he did. I found the first half to be very mellow and thus had a hard time keeping the attention of some of the younger children in the audience. My daughter did like the song with the 2 sheep though. The love struck dragons were a cute number, but again mellow.
It was hard for the kids to participate as they sang songs unfamiliar to the audience.

While the first half of this show had little to no interaction with the audience, they did much more in the 2nd half about getting the audience involved with a song called “catch a smile” in which they encouraged the kids to do just that. As well the underwater stage set for this act was great to look at!

The song that Toopy finds at the end is all about Binoo and their friendship and how real friends stay together through thick and thin, which keeps in tune with the tv shows we are all accustomed to. I do feel that this should have been advertised as a musical, since there was really no story to it, where as the TV show is full of imagination and adventure.

I will say though that by the end of the show both my daughter and her friend were dancing in their seats which is all a parent wants after seeing a performance like this. When I looked around the theater, I saw smiles on the faces of the children as they clapped.

To read the review from MomMomOnTheGo when we personally attended the Vancouver Show In January 2011 go HERE.