This week, the Vancouver Aquarium was nominated for a voting contest conducted by USA TODAY’s 10Best Readers’ Choice travel award contest for its Best Aquariums category. The ten aquariums from this list that garners the most votes between now and August 18, 2014 will win a spot on the final roster of best aquariums in North America. Vancouver Aquarium was the only aquarium in Canada nominated for this contest.

Voters can vote every day until Monday, August 18 at 9 a.m. PDT for the aquarium of their choice. We encourage you to cast your vote for the Vancouver Aquarium each day of the contest at this website. Please share this far and wide with your family, friends, and contacts and encourage them to vote daily for the Aquarium, and help spread the word.

Winners of this contest will be announced on Wednesday, August 20, and will appear shortly thereafter in USA TODAY. 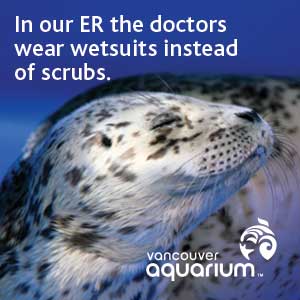