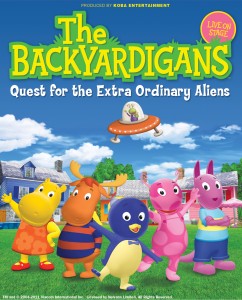 How excited are you now?

Don’t worry if you do not win the first prize though because Koba Entertainment is awarding 75 meet and greet passes as secondary prizes. No that was not a typo, there are actually 75 secondary prizes.

The contest is open to residents of Canada that are over the age of 18. If you are under the age of 18 then a big hello to you, but please go ask your parent or guardian to enter the contest for you. 🙂

The winners of the contest will be notified by email and will have 24 hours from the sent time on the winning email to respond in order to claim their prize. If a response is not received within the 24 hour time limit, that person will be disqualified and a new winner will be drawn with the same rules applying to them. Winners are randomly drawn from “And The Winner Is.” I have had people disqualified in the past because the email went to their junk folder. This is a very unfortunate incident so if you wish to prevent this from happening then I would recommend that you put my email address in your safe senders list.

The prize is also not exchangeable for cash and does not include transportation to and from the show. The prize will be a family of 4 tickets to the show that your name is drawn to win.

HOW TO ENTER THE CONTEST:

1. Tell me who your child’s favorite Backyardigans character is.

A Big Thank You to Koba Entertainment for sponsoring this contest.