Partnership gives children the opportunity to show off their cooking skills on
THE MARILYN DENIS SHOW
Grand prize is a trip to Paris, France to enjoy a family culinary adventure

TORONTO (2015) – Calling all Little Chefs: now is your chance to get creative with small potatoes and share your cooking skills on the THE MARILYN DENIS SHOW! CTV’s THE MARILYN DENIS SHOW and MASTERCHEF CANADA’s Michael Bonacini have partnered with The Little Potato Company to create The Little Chef Casting Call. Launching Monday, Sept. 21, it’s a delectable opportunity for young cooks from across the country to have a chance to appear on CTV as well as win the culinary trip of a lifetime for their family to Paris, France.

The culinary contest is open to all Canadian children aged 8-13. To enter the casting call, families must visit Marilyn.ca before Oct.18 and submit a video of their little chef cooking an original recipe that includes small potatoes. Two finalists will go head-to-head on THE MARILYN DENIS SHOW to compete for the grand prize of a family adventure for three people in Paris, courtesy of The Little Potato Company, which includes airfare, accommodation, two-day park passes to an entertainment resort, and an ultimate culinary experience.

“This innovative partnership gives children the opportunity to showcase their cooking skills in front of one of Canada’s top chefs, and the country,” said Laird White, Director, Brand Partnerships, Bell Media. “We look forward to presenting creative dishes to our audience with the help of an esteemed Canadian food company.”

“Our Little Chef Program makes it fun and easy for parents to cook with their kids, to help them learn about cooking and healthy food,” said Angela Santiago, CEO and Co-founder, The Little Potato Company. “Kids and adults love the buttery taste, small child-friendly size and eye-catching colours and shapes of our Creamers, so they’re a fun and easy vegetable for families to cook with, and enjoy eating together.”

Videos featuring kids cooking original recipes with small potatoes will be accepted for four weeks following the Sept. 21 launch date, until Oct. 18. After the initial call for entries, 10 finalists will be selected by a judging panel and Canadians will be able to vote for their favourite Little Chef at Marilyn.ca. Following the voting period, the judging panel will select the two finalists who will travel to Toronto with their families to appear in an episode of THE MARILYN DENIS SHOW to compete in a cook-off for a chance to win the grand prize. Details about Top 10 and voting will be provided in early November. Viewers can visit Marilyn.ca for full rules and regulations.

The contest will be promoted and featured at major retailers across Canada and supported at store level with “Little Chef Program” support material and promotional programs.

About The Little Potato Company
The Little Potato Company specializes in little Creamer potatoes which are grown to be naturally buttery tasting, loaded with nutrition, easy to prepare and offer diverse, colourful and fun varieties. Several unique varieties are available in produce sections across Canada and the U.S., and have been delighting food lovers for almost 20 years. These little Creamers are sold pre-washed and cook in about 15 minutes. They’re also available in convenient Oven|Grill and Microwave Ready packs combining Creamers, gluten-free seasoning mix and specialty trays for an even easier and also delicious experience. The Little Potato Company is passionate about potatoes and about helping children learn more about food and cooking through their “Little Chef Program” at www.LittlePotatoes.com/LittleChef.

About CTV
CTV is Canada’s #1 private broadcaster. Featuring a wide range of quality news, sports, information, and entertainment programming, CTV has been Canada’s most-watched television network for the past 14 years in a row. CTV is a division of Bell Media, Canada’s premier multimedia company with leading assets in television, radio, digital, and Out-of-Home. Bell Media is owned by BCE Inc. (TSX, NYSE: BCE), Canada’s largest communications company. More information about CTV can be found on the network’s website at CTV.ca.

MomMomOnTheGo and her Little One love to cook together. Whether we are at the BBQ or in the kitchen, we have a ton of fun, and my Little Chef gets to learn great skills in the kitchen.

We have come across The Little Potato Company products in almost every store we go to. They are the type of potatoes my family loves…tiny, clean and cook, tasty. 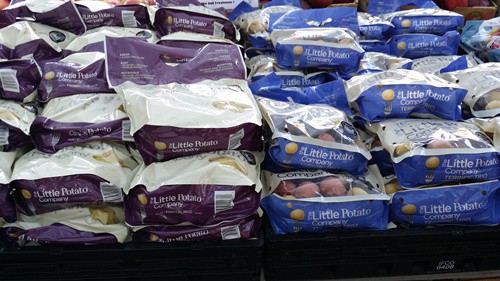 One of our favorite recipes to make with The Little Potato Company potatoes is the potatoes sliced and put in tin foil with a ton of veggies, spices, and butter. Then cook them on the BBQ. I think the neighbors want to come for dinner when we do this recipe. 🙂

Another very easy recipe is to take the potatoes and cut them in half. Put them on a cookie sheet, sprinkle them with garlic flavored oil, and bake them. Easy and delicious.

We have been cooking up a potato storm with our The Little Potato Company products as part of the celebration of the Little Chef Casting Call. I encourage you to get cooking with your Little Ones. 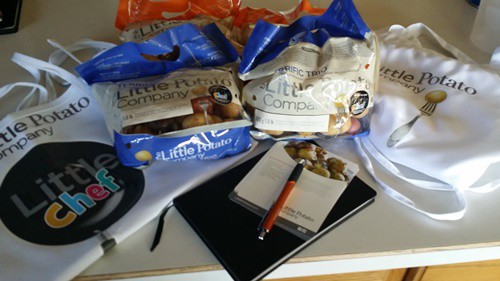 What awesome recipe would you make with your Little One and The Little Potato Company potatoes?

Disclosure: MomMomOnTheGo was provided product for the purpose of conducting this review.