Enter a fantastical winter wonderland beyond all imagination at Disney On Ice presents Frozen. The heartwarming Academy Award®-winning tale you love is now LIVE and skating into your town. You’ll be magically whisked away into the wintry world of Arendelle, where you will be dazzled by amazing special effects and astonishing skating. Sing and dance along to inspiring songs, including “Let It Go.” Join royal sisters Anna and Elsa, the hilarious snowman Olaf, Kristoff, his loyal reindeer Sven and the mystical trolls as they journey to discover that true love is ultimately the most magical power of all! Hosted by Mickey Mouse and Minnie Mouse, with special guest appearances by your most beloved Disney Princesses and characters from favourites like Disney•Pixar’s Toy Story, Finding Nemo and Disney’s The Lion King, this unforgettable celebration of love and friendship will leave your family with memories to last a lifetime. 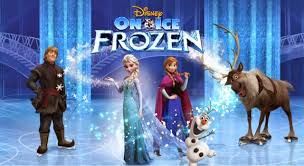 MomMomOnTheGo and her Little One got to enjoy Disney on Ice Frozen last night in Vancouver at the Pacific Coliseum and we both found the show breathtaking. 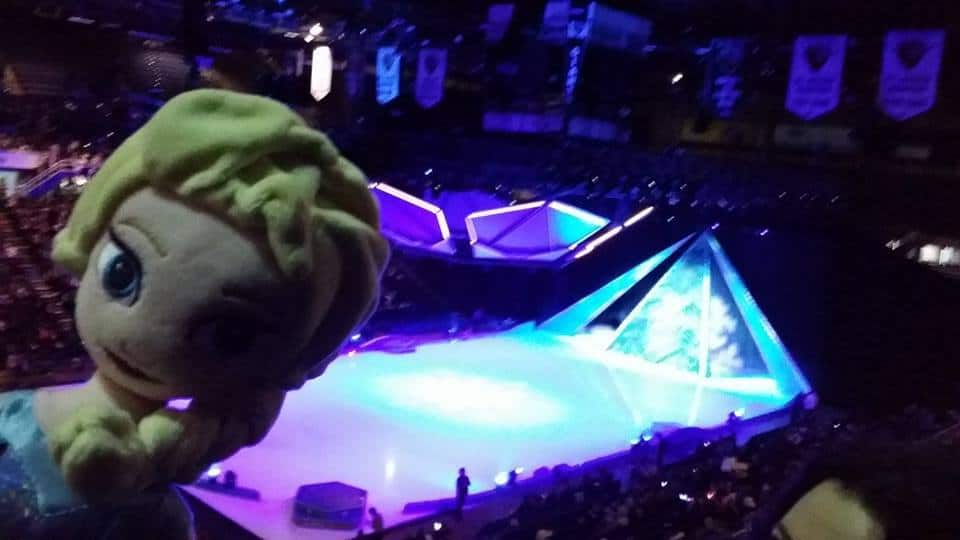 We attended the opening night show and it was almost a sold out house. The only seats that seemed left in the house were those that were at the very top, and even many of those seats were occupied.

The show started with Mickey and Minnie as all Disney on Ice shows commence. Then out came other familiar characters such as Ariel, Tangled, Nemo, Buzz Lightyear, and more all with their counterparts. The theme of the show was “love” as is demonstrated within each of these Disney partners, from father and son (Nemo and his father), to Buzz Lightyear and Woody (friendship).

The show then transitions into the story of Frozen. Of course all the Frozen characters are in the show as well as all the wonderful and beloved Frozen music.

The crowd cheered and applauded throughout the entire show. The show seemed to last only minutes because of how it took us away into the story.

There were wonderful memorabilia items for purchase as with all Disney on Ice shows. Everything from light wants to stuffed Elsa plush dolls just.

If you want to catch a couple of glimpses of the live show, go stop by my Katch Channel to see what I captured of the show last night. Of course, I had to capture the most known songs! 🙂

My Little One thought that Disney on Ice Frozen was the best Disney on Ice ever and she has seen every show that has come through town in her 8 years so she is a good judge. She would have turned right around and gone back in to watch it all over again if we could. She actually asked if we could go see it again one of the other times it was playing!

With how popular Frozen has been and how amazing Disney on Ice is, it is no surprise that Disney on Ice Frozen is a must see show. I highly recommend getting out to see the show if it stops by in a City near you.

Disclosure: MomMomOnTheGo was provided media passes for the purpose of conducting this review.