If you follow MomMomOnTheGo at all, then you know we love our hockey. So any time we can put a hockey product to the test, we get pretty darn excited. The latest hockey product that we have tested out is a base layer from Oneiric.

Oneiric’s enhanced base layer pant was created to improve safety and increase performance. Made from 100% washable, anti-bacterial materials and designed in Canada by passionate hockey players.

There is already an area for built in pelvic protection and accommodates female and male players as the jock or jill slides right into the built in pocket. 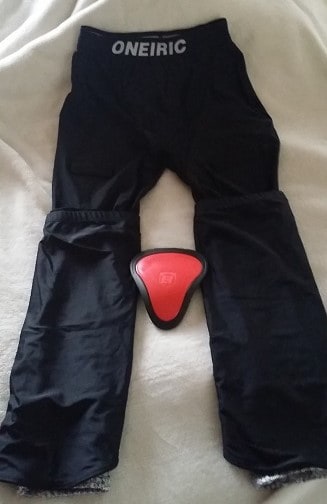 There are cut resistant protective layers around the ankle area where you typically have no protection in below the shin pads and above the skates. 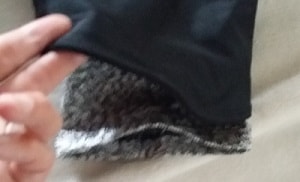 There is also built in padding in the back of the leg ad calf areas. 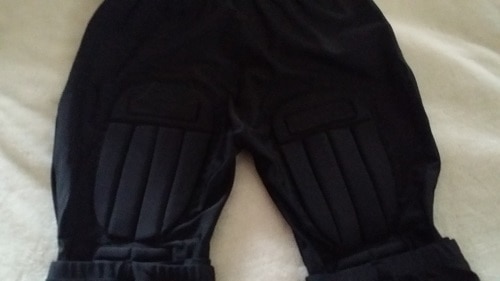 You can see from the above video that the base layer allows for getting ready quicker and easier especially for the younger players.

I was impressed with a number of things with Oneiric and here they are:

*The extra cut resistant protection around the ankle. I have seen so many players hit the ice with ankle socks on and skin visible. That is a serious injury waiting to happen. Oneiric has players protected around their ankles.

*Built in Velcro for the hockey socks to attach to.

*Convenience for young ones sliding their shin pads into.

*Comes in sizes XS to XL and for boys and girls.

When I first handled the Oneiric, I was surprised how heavy it felt. The added padding and protection I think is adding the weight to the product so it is a toss up for the older players between the added weight and the convenience the product provides. I don’t see the product slowing down the little ones, so I think the awesome protection and convenience outweighs the extra weight the product adds.

The Oneiric base layer sells at the time of this review for $129. To compare value, I would suggest adding up the cost of everything that the Oneiric replaces:

I am pretty confident that if you add up the cost of the above four items in the same quality of product, that you would be surpassing the cost of the Oneiric base layer.

To find out more about Oneiric and their products, make sure to visit them here…