The Wood Fairies Christmas Deed children’s book is a delightful story about two young children in need of Christmas magic and is dedicated to the millions of children- past and present- who have been victimized by tuberculosis and other lung diseases. All proceeds from the sale of this book will be donated to the Lung Association. 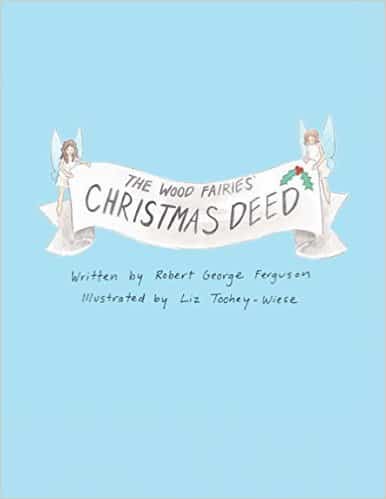 The back story to this book is incredibly inspiring. It’s a little known Canadian story of achieving a dream in the face of impossible odds through Canadian values of diversity and cooperation. It was originally written for his children in 1929 by Robert George Ferguson, an iconic Canadian doctor who pioneered the first vaccine against tuberculosis and championed the first free treatment for TB in North America.

His 91 year old daughter Sheelagh has re-transmitted his belief that dreams can come true through the publication of Dr. Ferguson’s story. His grandson, Bill Barrable, has joined his mother in raising awareness of the book and a cause that is so dear to his family. As the CEO of the Rick Hansen Institute, Bill himself is no stranger to the belief that anything is possible.

You can read more about Dr. Ferguson here: http://en.wikipedia.org/wiki/R._G._Ferguson and here: http://fergusonfamilygenealogy.wordpress.com/r-george-ferguson-1883-1964. This uplifting story is available for purchase on Amazon.ca.